LATEST
Home > ALL POSTS > What If Titanic Never Sank?

We proudly feature a creative video from Oceanliner Designs & Illustration. 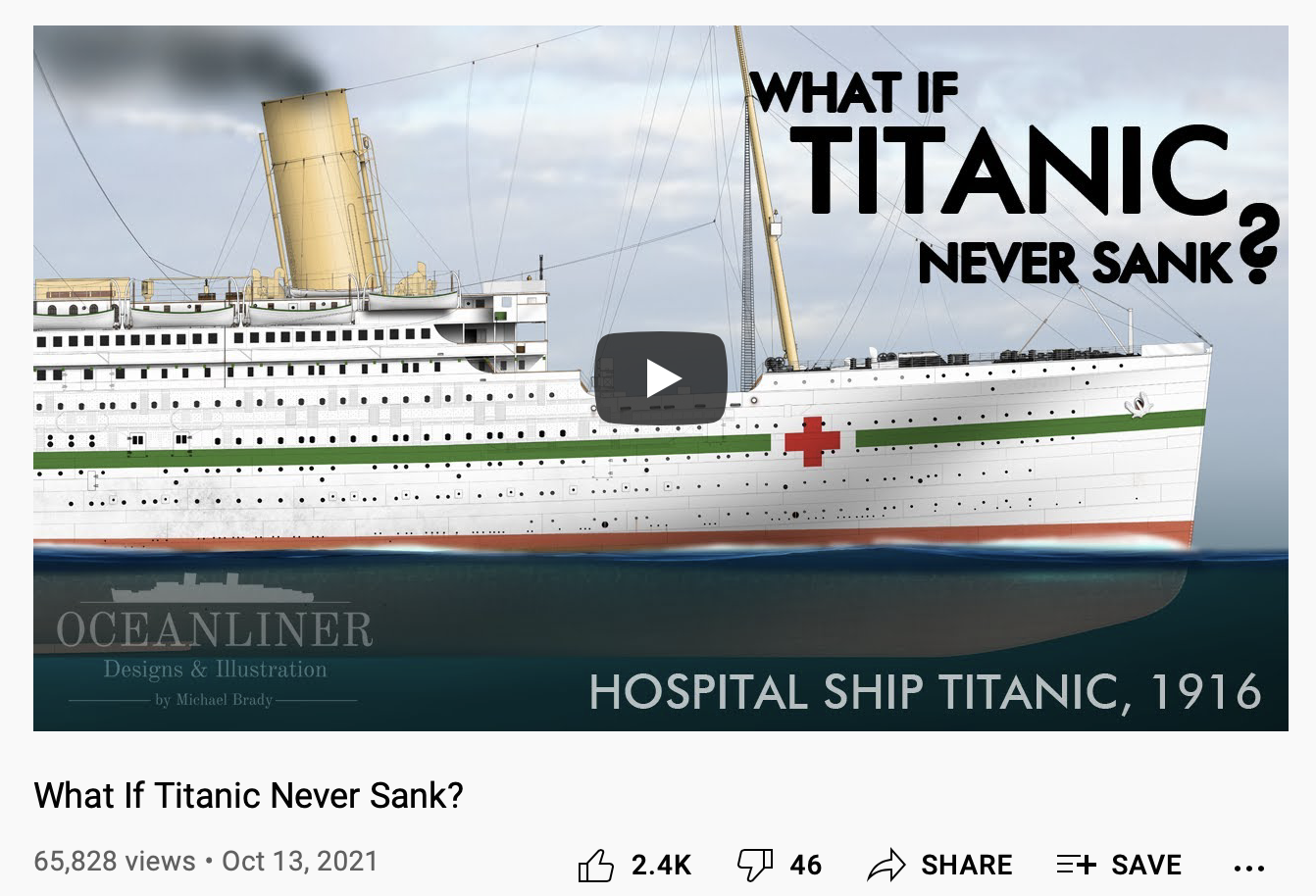 About the Titanic video:

In April 1912 the RMS Titanic sank on its maiden voyage – but what if it didn’t? In this episode I present a likely alternative history drawing from real-life events and the career of other ships similar to Olympic and Titani

1. Why make this video? Titanic holds a strange place in popular culture; she was a mostly evolutionary ocean liner but has been mythologised almost beyond belief. By changing the story to save Titanic from the iceberg, she becomes just another ship and fades into history and we can see the ship in a slightly more honest light.

2. What is the Epilogue about? Are you a conspiracy theorist? Definitely not. The Epilogue was a quick way for me to show how the imagery used in this video had been stitched together from snaps of Olympic and that her sister lived a full and varied career while Titanic sat rusting on the ocean floor.