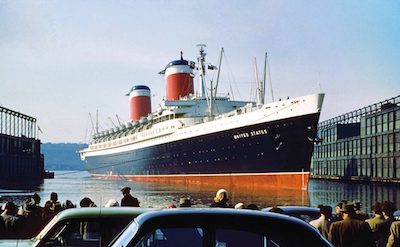 Featured in the Ships and The Sea magazine in the Spring 1955 issue was a complete “handbook” of American-Flag ocean-going passenger ships.

During the previous year, Alaska Steamship Company discontinued all passenger services, retiring the American flag passengers ships SS Alaska and three others. For years that followed the only cruise to Alaska were on Canadian coastal liners out of Vancouver until the 1960s. 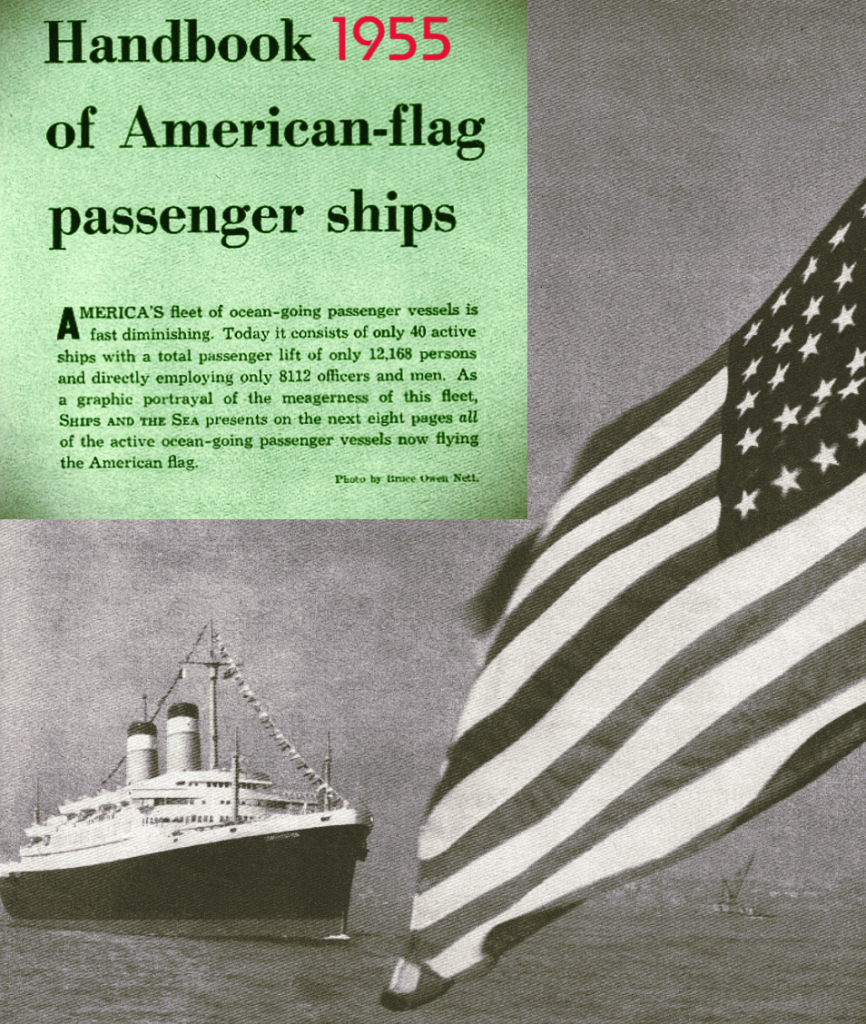 The East Coast had a lot of foreign competition for trans-Atlantic and Caribbean cruises. While the West Coast had little competition with Matson being a prime source of line voyages to Hawaii and in the following year to the South Pacific. American President Line maintained line voyages to the Orient with many passengers taking a return voyage which was a cruise. Mexico cruises never took off until the mid-1960s when Princess Cruises premiered using the Canadian Pacific coastal liner Princess Patricia. 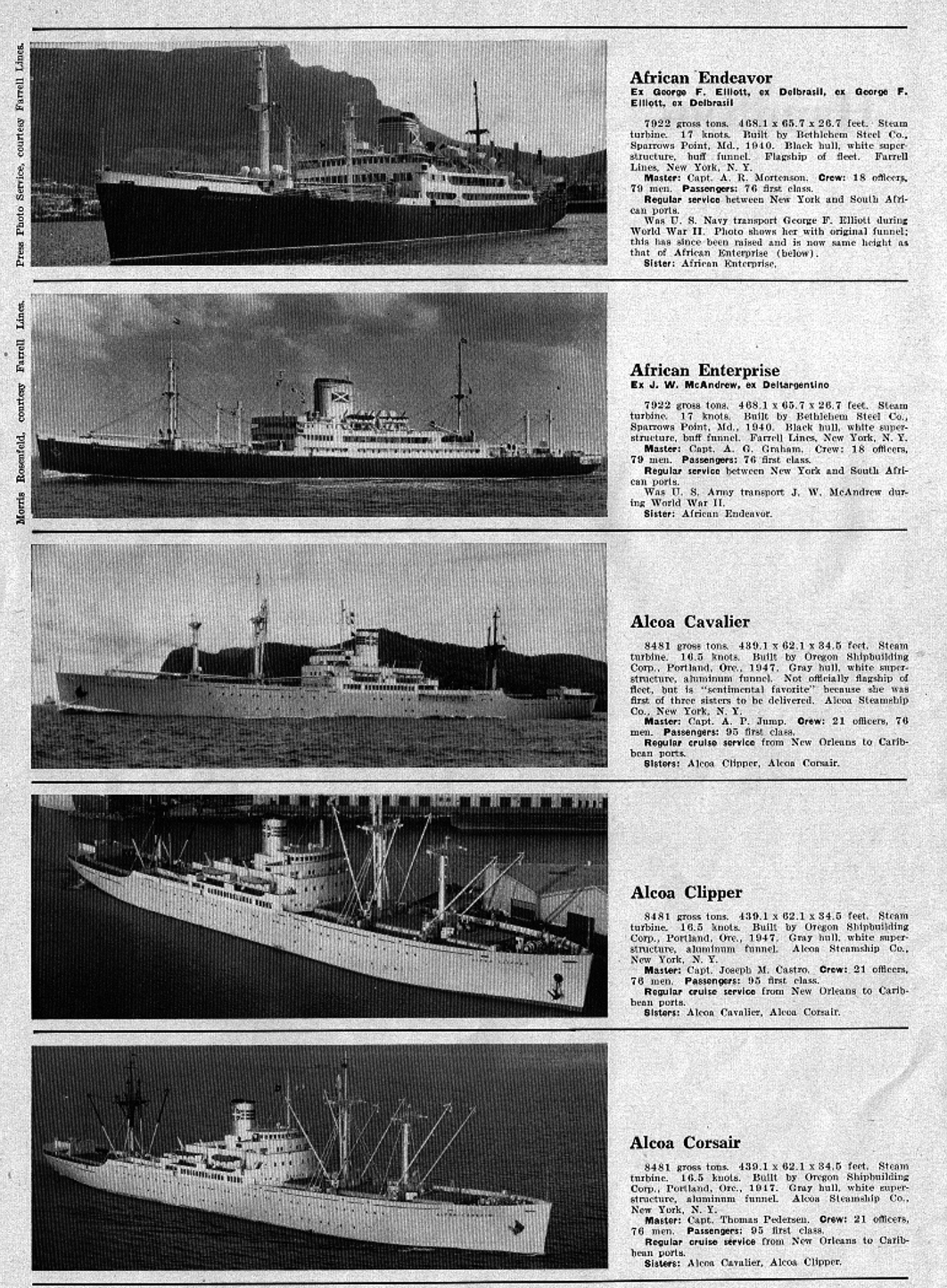 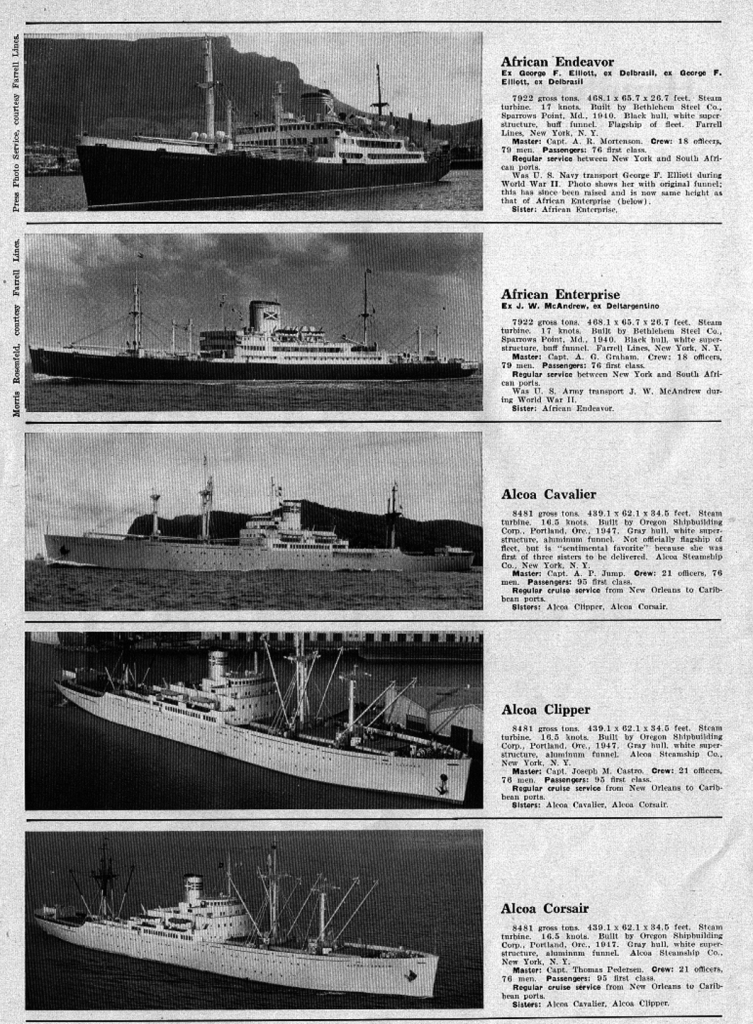 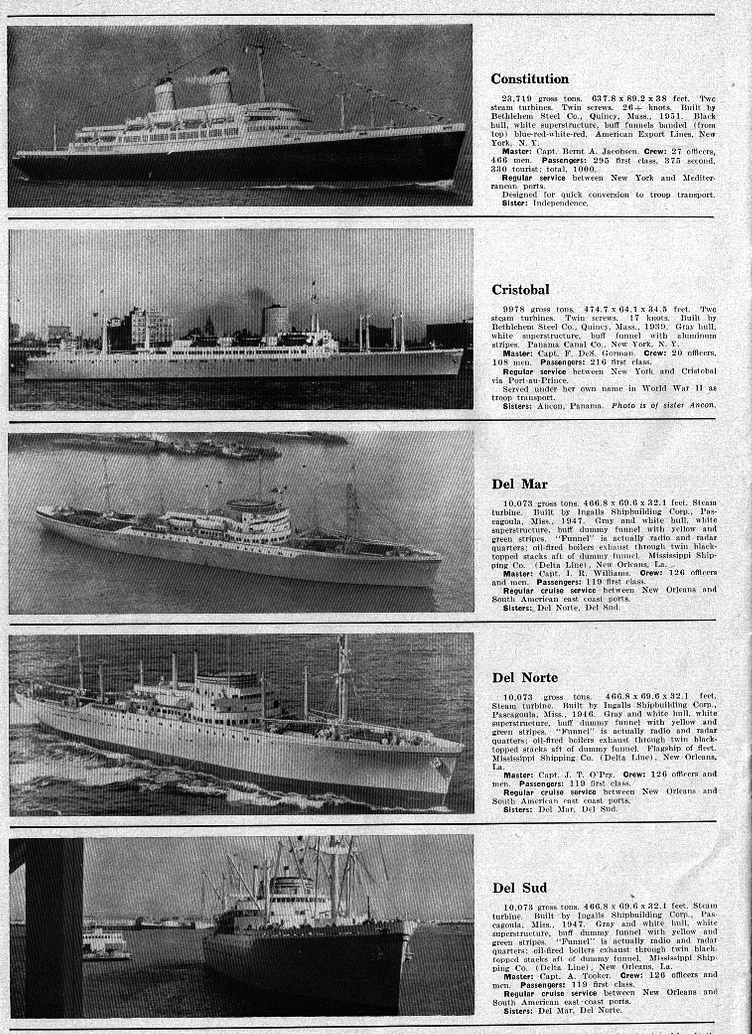 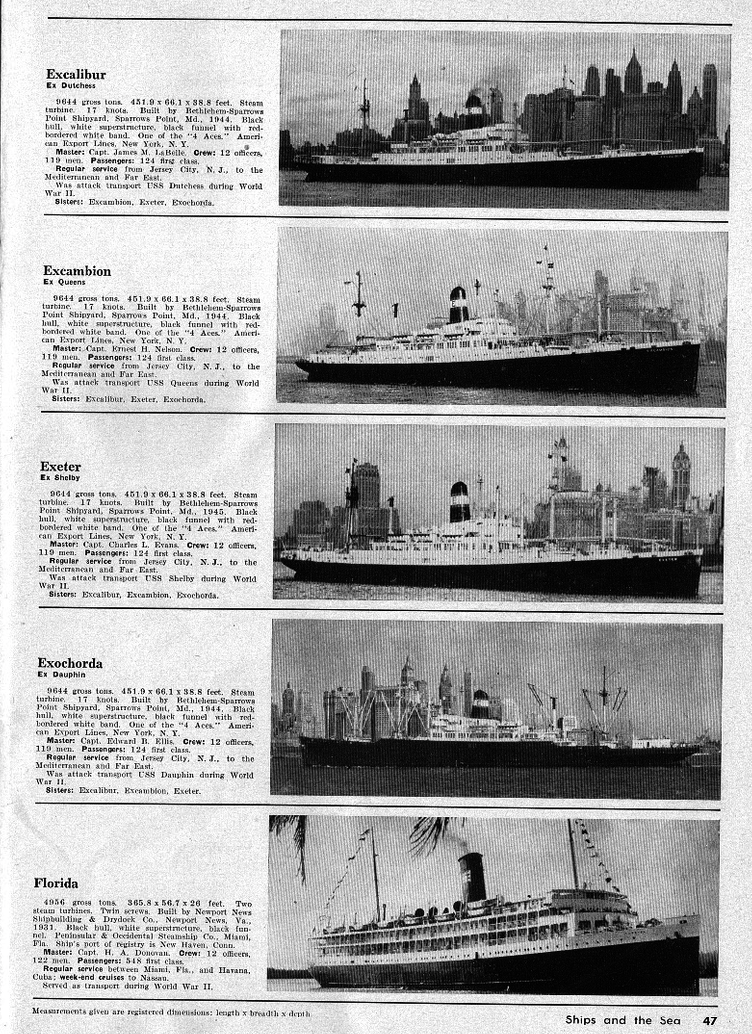 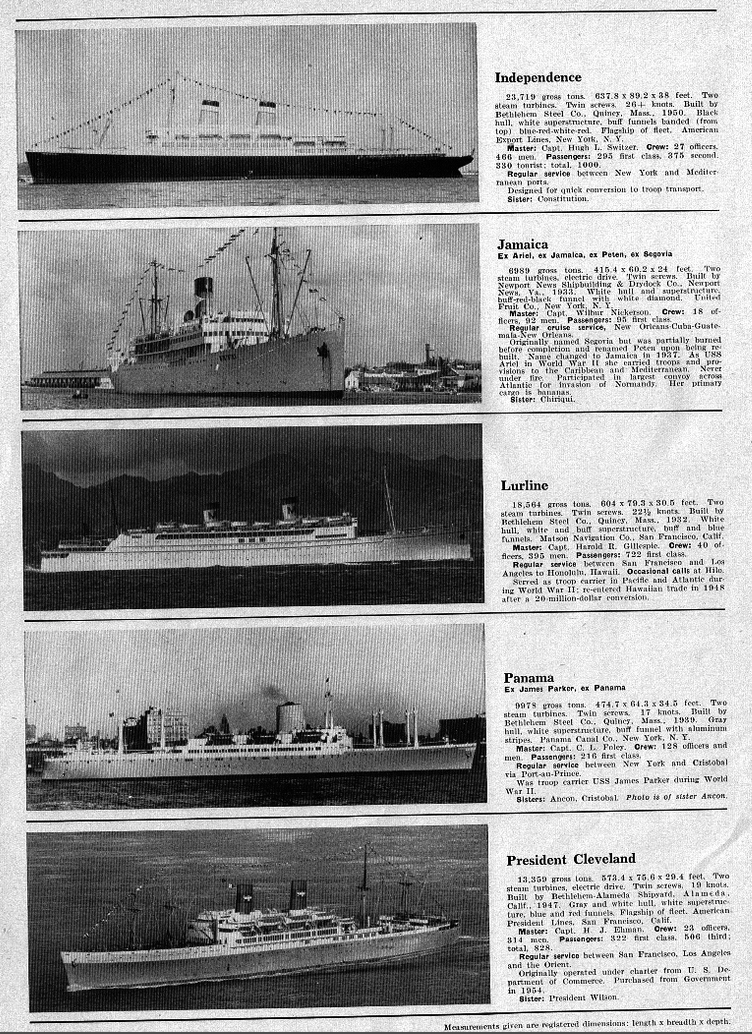 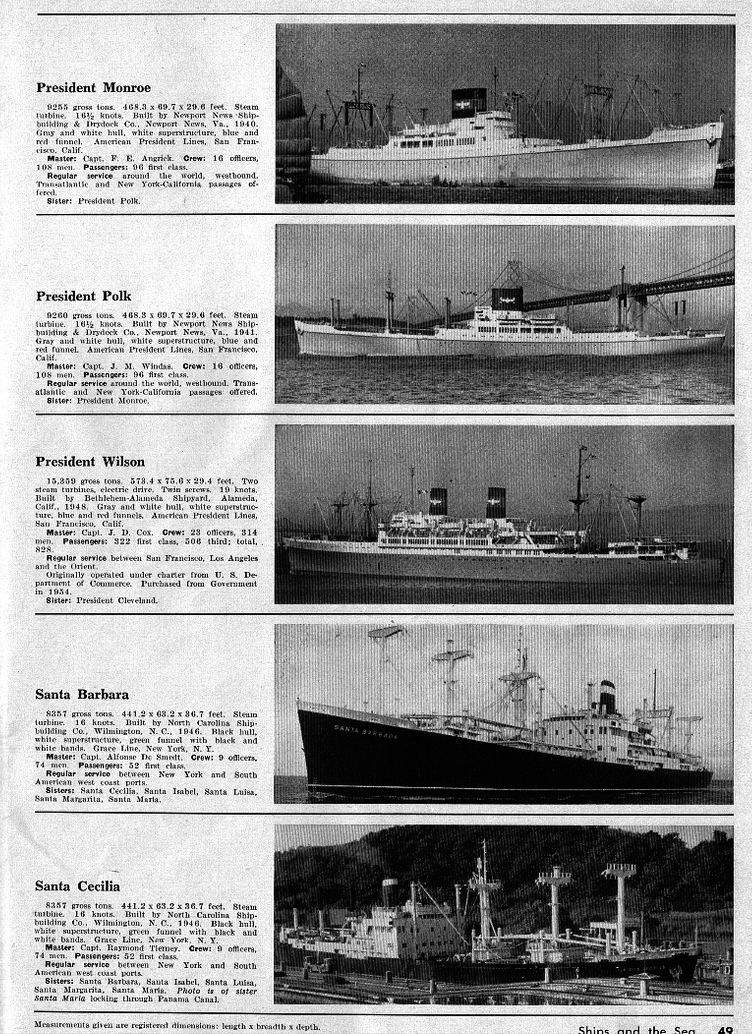 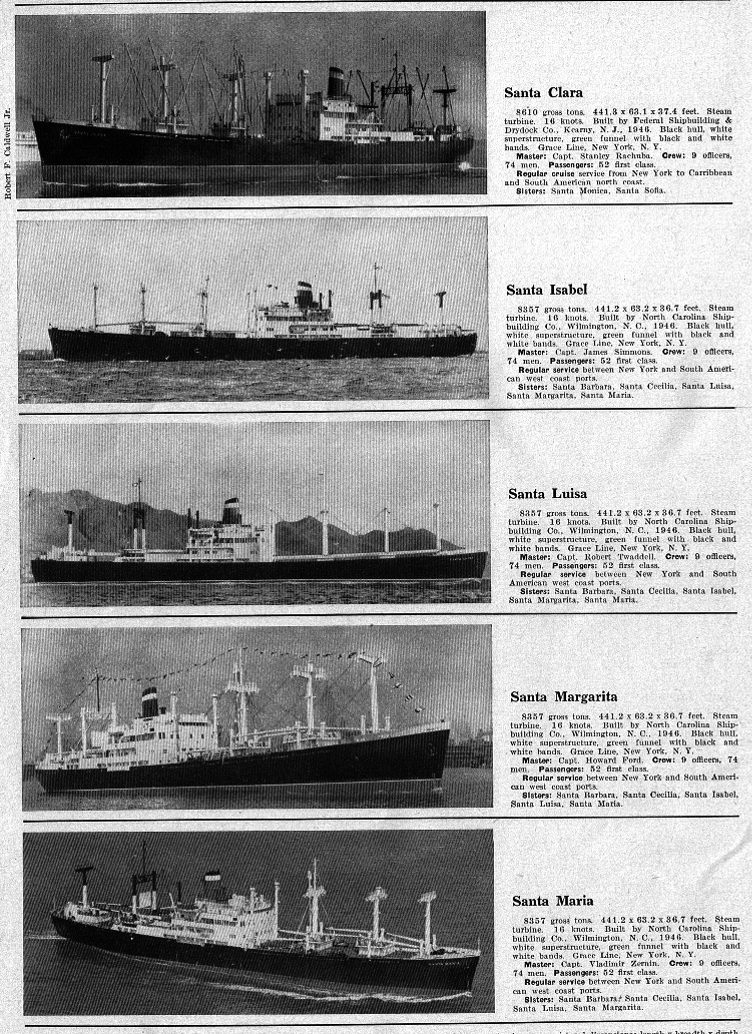 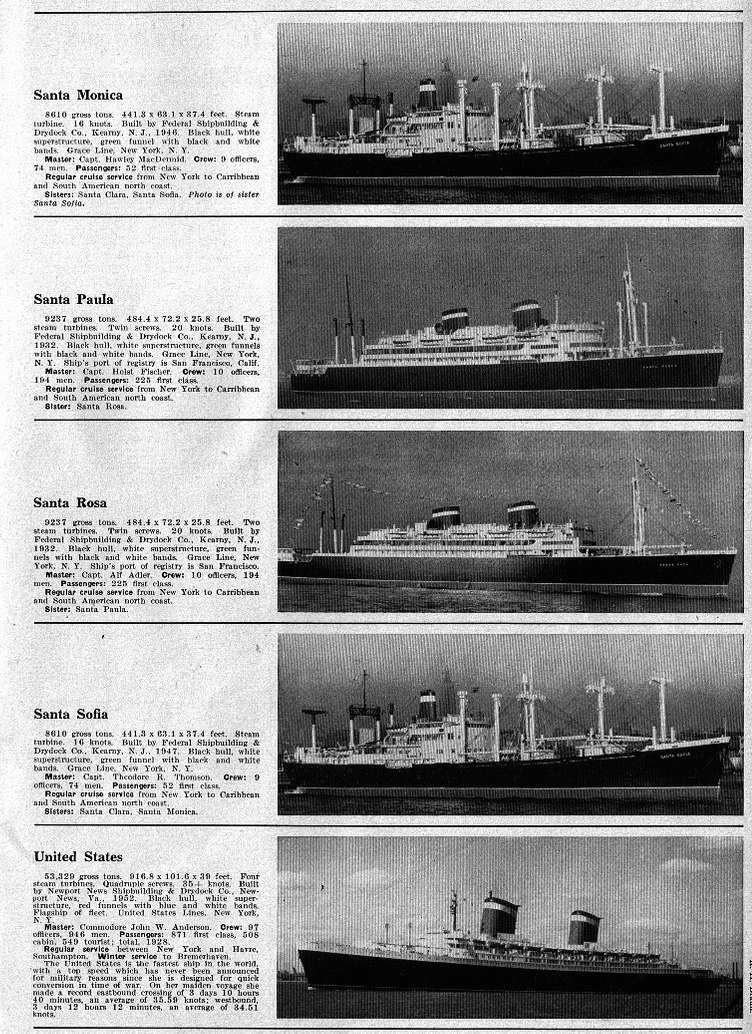