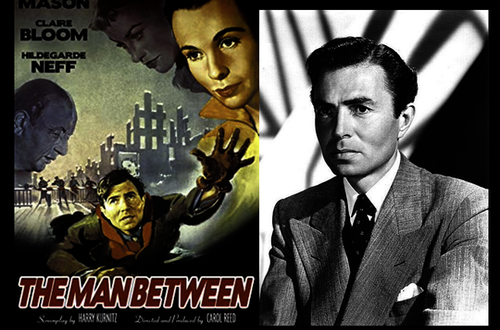 Why it’s time for Carol Reed’s Berlin-set thriller The Man Between to come out of the shadow of The Third Man.

When reviewing Carol Reed’s postwar thrillers, it’s usual to dismiss The Man Between (1953) as the poor relation of Odd Man Out(1947) and The Third Man(1949). 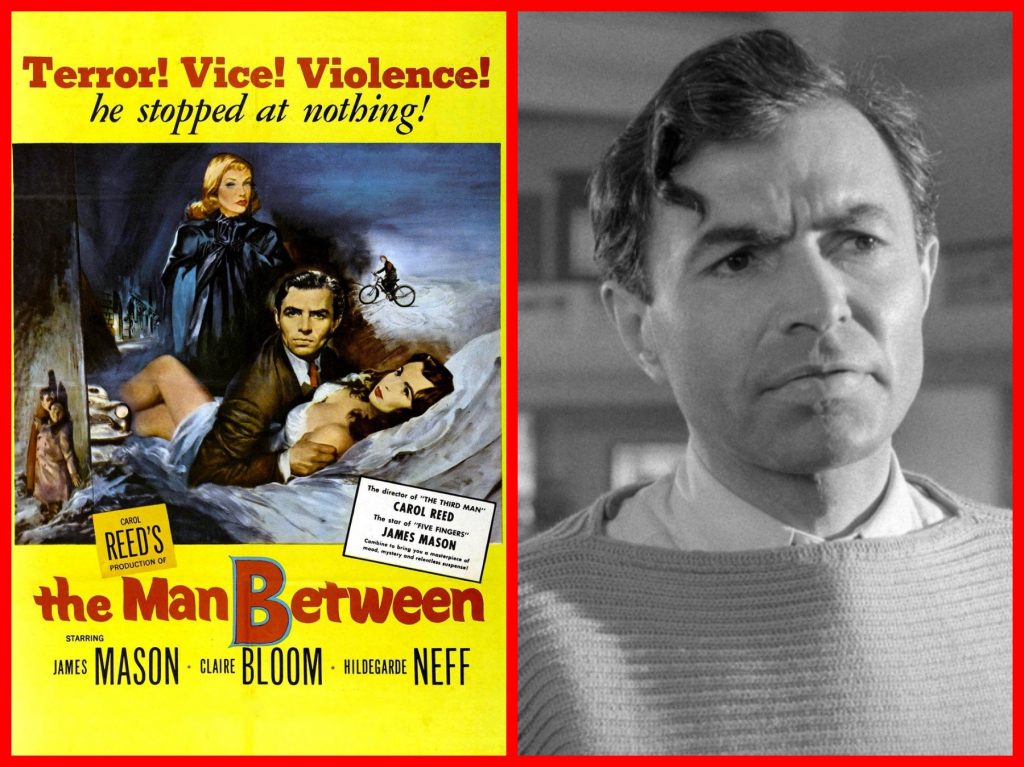 The Man Between poster; James Mason. 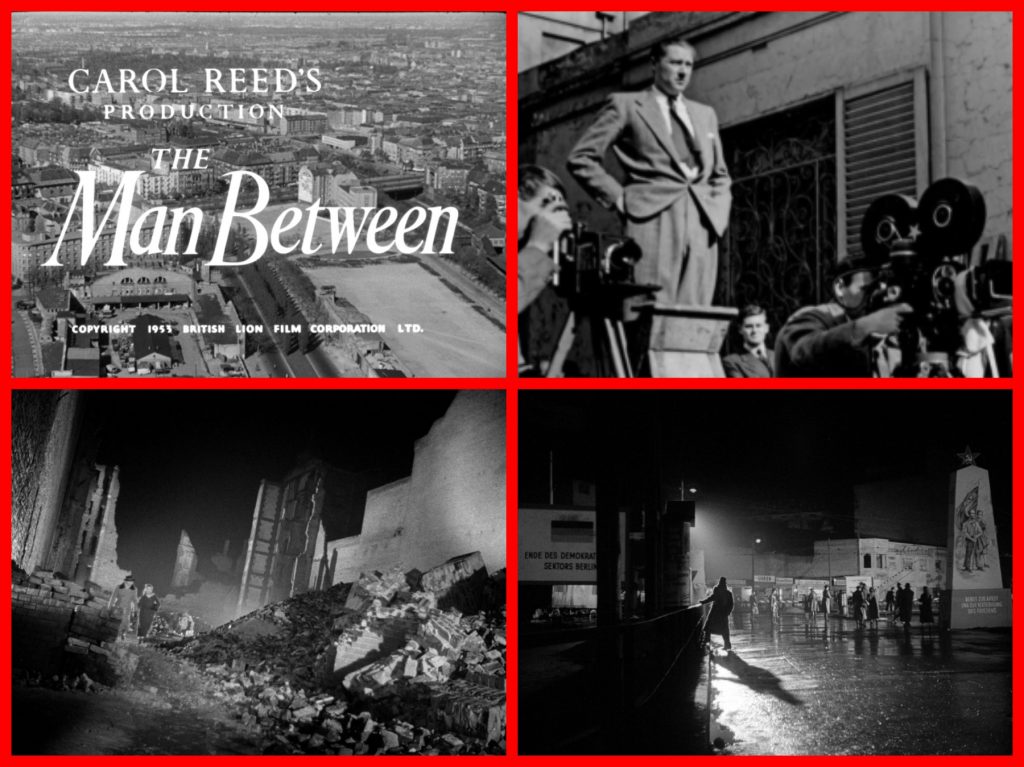 Here are five reasons to add it to your watchlist… 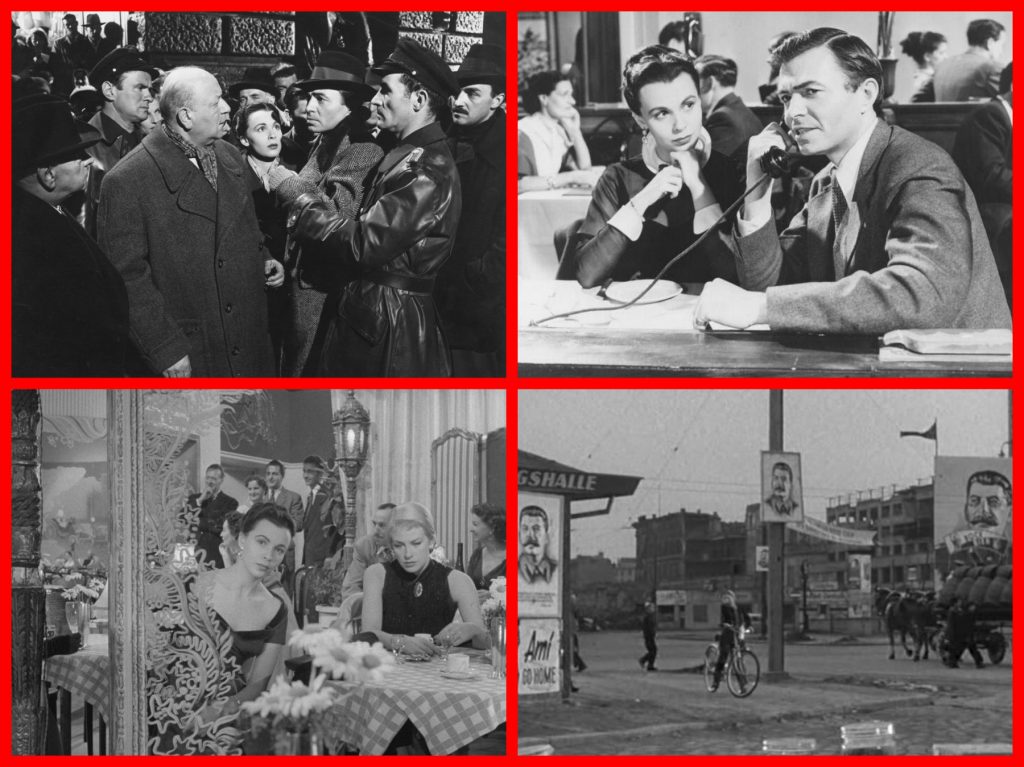 Reed had been using expressionistic lighting and oblique camera angles to create an air of unease since Night Train to Munich (1940). 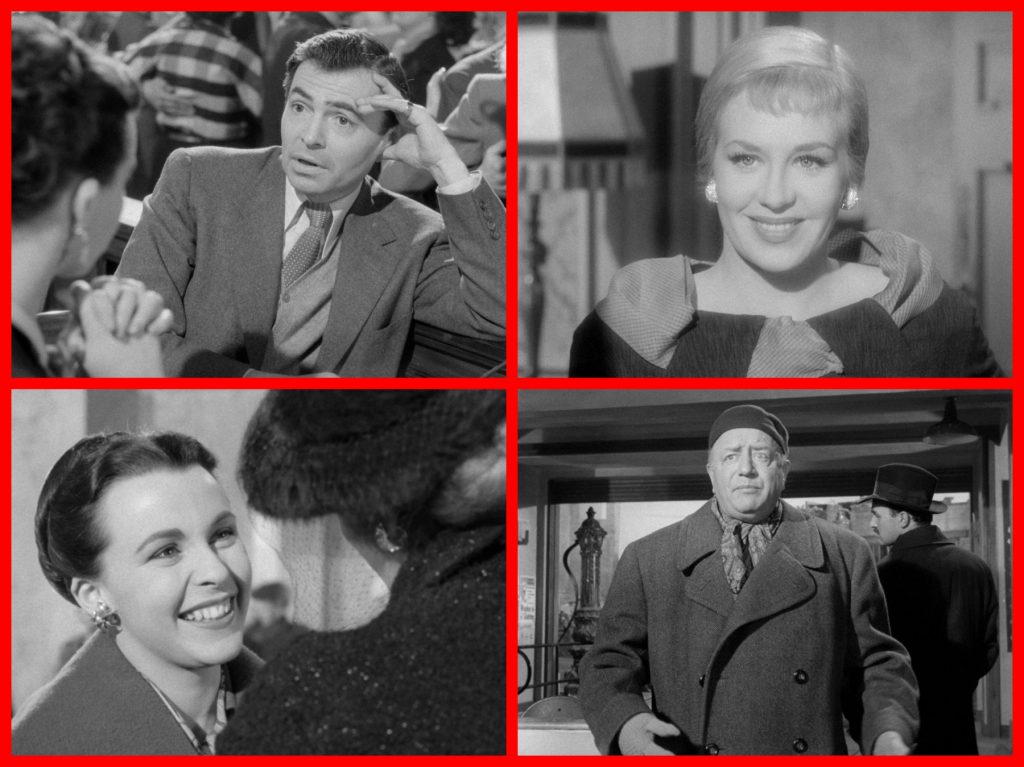 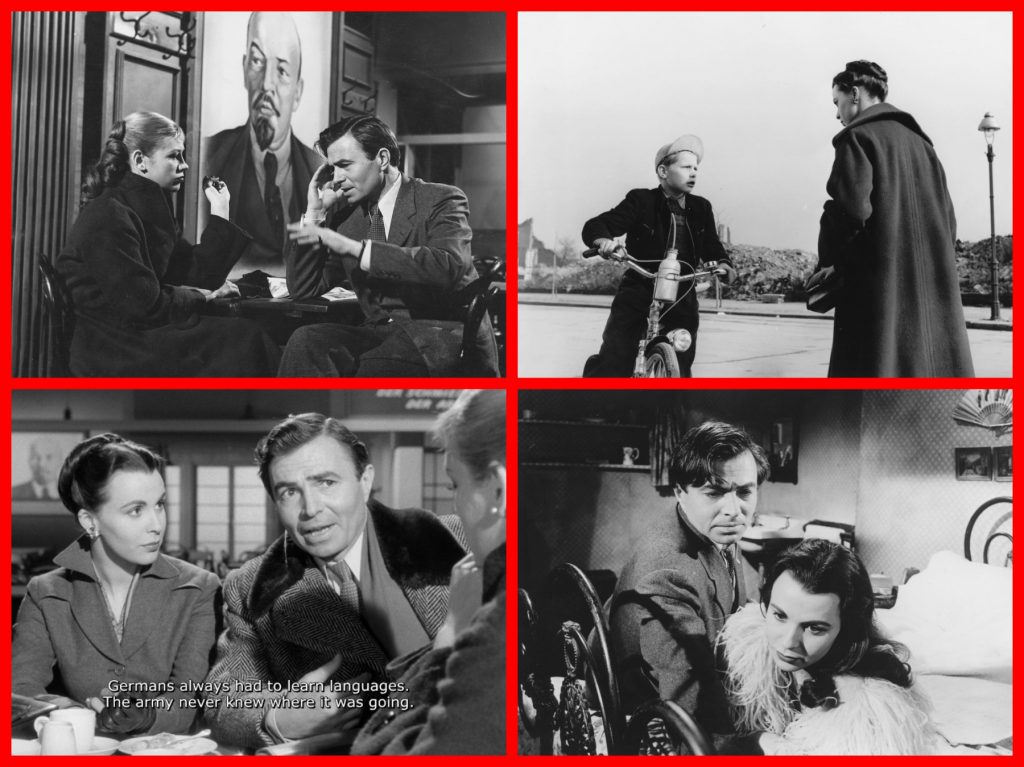 Although Reed collaborated with Graham Greene on The Fallen Idol (1948), The Third Man and Our Man in Havana(1959), the novelist was a reluctant screenwriter and expressed no interest in adapting Susanne in Berlin, which pulp writer Walter Ebert had penned under the pseudonym, Lothar Schuler.

Deprived of the services of German-trained cinematographer Robert Krasker, Reed turned to Desmond Dickinson, whose experience shooting wartime documentaries enabled him to contrast the reconstruction of Berlin’s commercial center with the devastation that still existed around the Brandenburg Gate and the Reichstag. 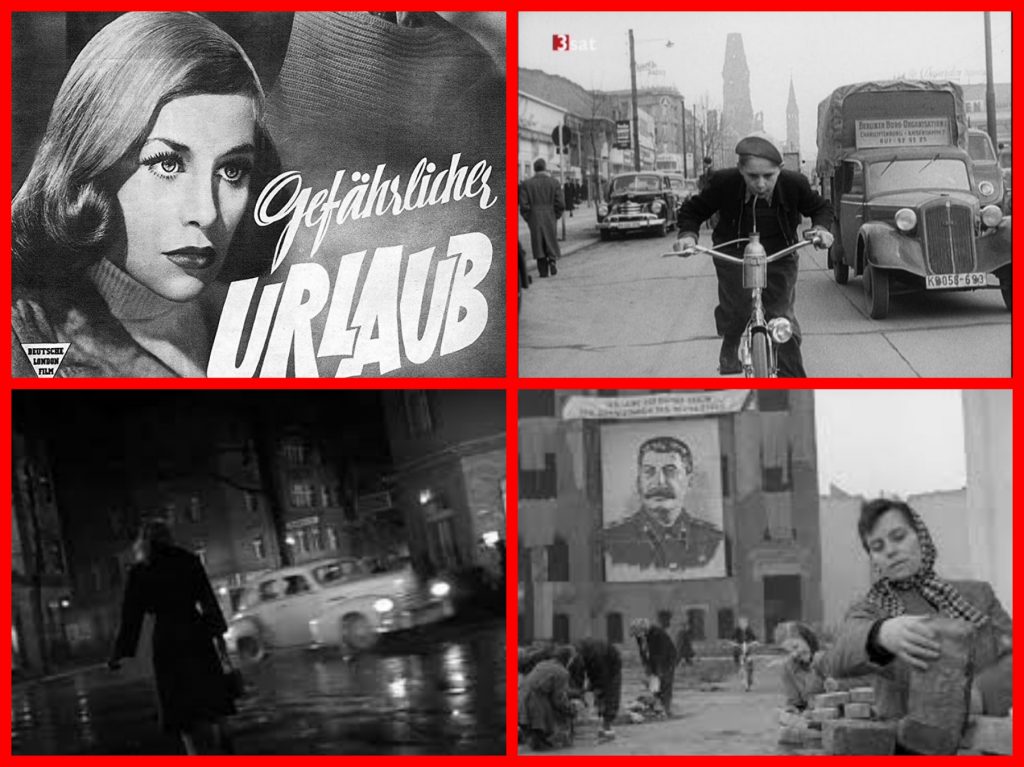 All but three of the credited cast were German. The initial focus falls on Hildegard Neff, the poised sister-in-law whose increasingly erratic behavior convinces Bloom she’s having an affair with the mysterious Mason. 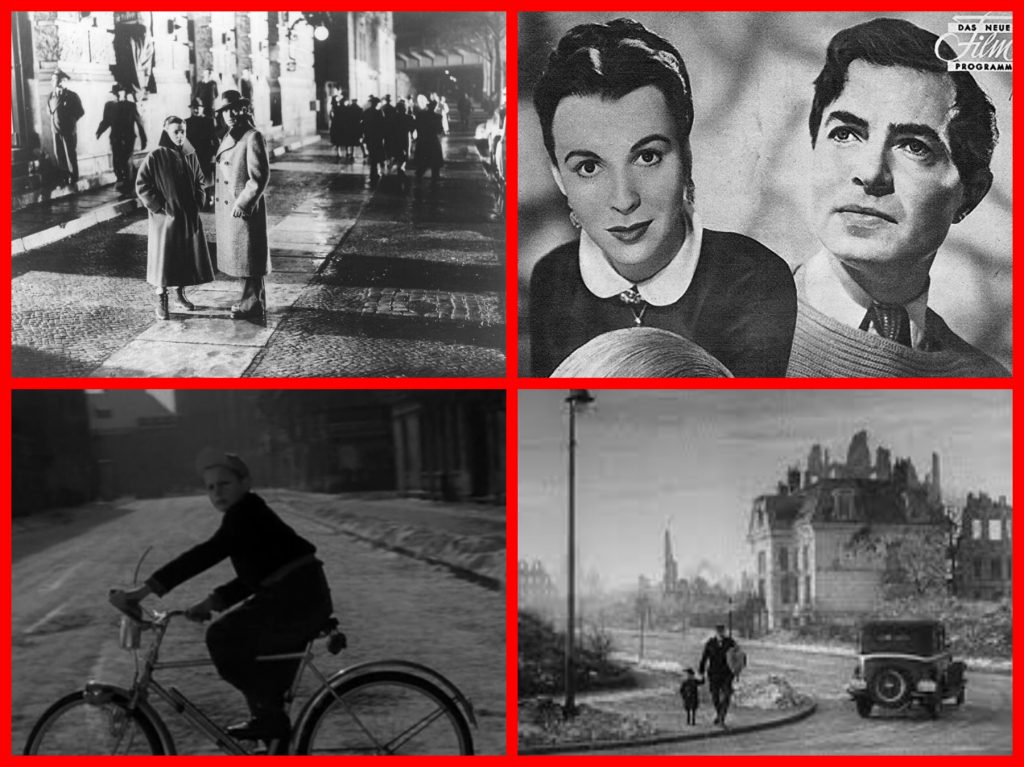 The final third is dominated by a trademark Reedian chase through the eastern sector after Mason and Bloom give Waescher the slip at the opera. Reed makes evocative use of the rain-glistened streets, the bustling train station and the illuminated construction site. He even perches Mason on a high ledge with enemy agents milling below.

Author’s Note: While still in school, I met James Mason on the set of North By Northwest, where my uncle was MGM supervising Set Decorator and was Oscar-nominated for Alfred Hitchcock’s superb thriller. I had the chance to briefly discuss with Mr. Mason as an eager young filmmaker, The Man Between. He told me filming in the ruins of Berlin was chilling and stayed with him as a testament to the horrors of war.

The film is available on the following streaming services: