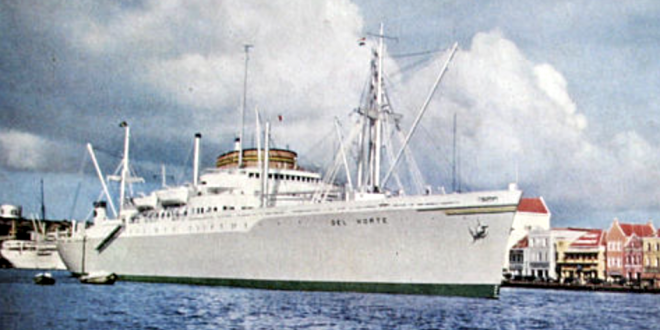 A new day’s morning at sea could be started with a stroll along the glass enclosed Promenade deck, a visit to the ship’s library – or breakfast in bed. The latter “institution” was served with a full view of the sea sliding by outside through semi-square “windows” which had replaced the traditional round porthole in many cabins.

Evenings had their beginnings in the ship’s dining room and they were continued in the Grand Lounge while the band played – or on warm, tropical evenings at poolside.