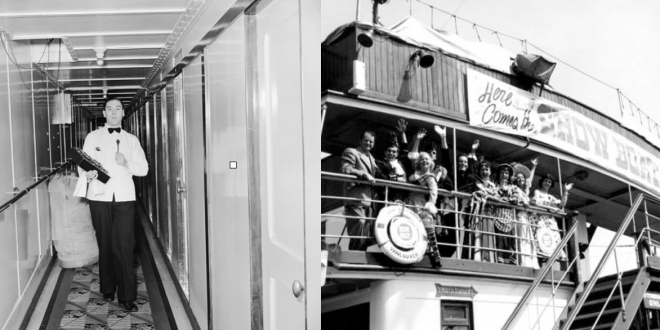 When the Union Steamship Company decided to get into the tourist excursion business, it acquired steamers that were a cut above the company’s usual vessels. The flagship of the Union’s day or overnight excursion fleet was Lady Alexandra, built in 1923-24. During the depressed 1930s, the ship provided an exotic, if brief, getaway for hundreds of Vancouverites who could afford the $1 round-trip fare to Bowen Island.

After WWII, many former warships were again purchased by steamship lines and converted to passenger liners. One such example is the former Royal Canadian Navy corvette that the Union Steamship Company turned into the steamer Chilcotin.