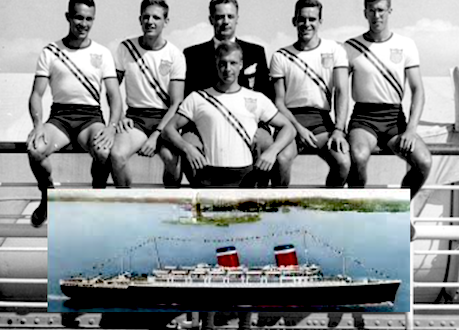 The USA Olympic Team sailed aboard the SS America to England in 1948. The USA Olympic Team sails from New York aboard the liner SS America to London 1948 Olympics. 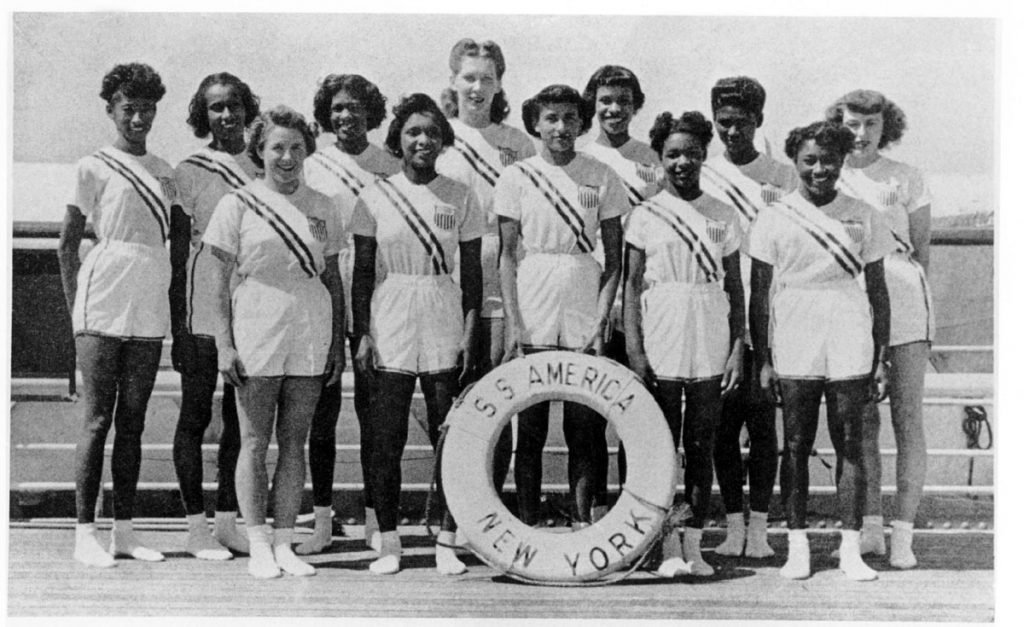 U.S.women’s track and field team on the ship S.S. America bound for England. 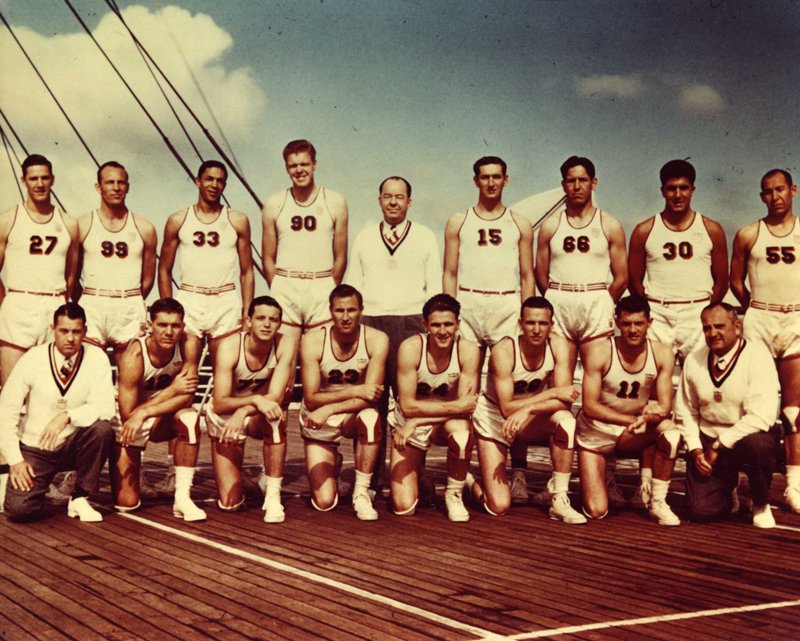 SS America sailing in 1940. WW 2 is happening. The liner’s name and flag is painted on the hull, so it won’t be sunk by German subs. SS America in the 1950s. Horse racing in the First Class Lounge.

I sailed with my grandmother in the 1960s the SS America. One of the evening diversions on the SS America was horse racing. Bets would be placed on the horses, a wheel spun and they were off, moved along by bellboys. America’s Purser John Lock had a knack for giving the horses funny names. Such as calling Horse #1 “Chilly, by cold wind out of Atlantic”, Horse #2 Pop, by Cork and Bottle”, Horse #3 Mal de Mer, by Trouble out of Rough Seas,” and Horse # 4 “High-ball, by Scotch out of Bottle.” Horse racing happened on most ships until the modern cruise era… when the Vegas hotel atmosphere took over.