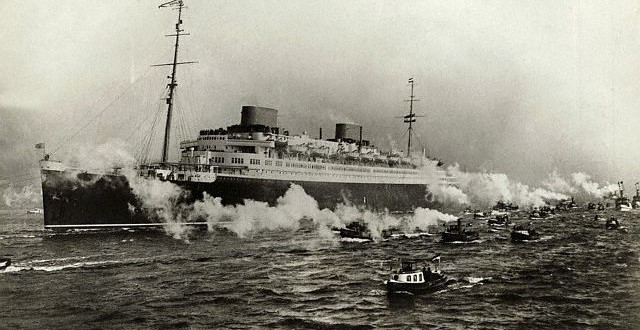 Hamburg, Germany --- Photo shows the , completely reconditioned after her disastrous fire about a year ago. Here she is starting out on her maiden travels in northern waters, before her Atlantic crossing on which she will attempt to beat her sistership's record. The sailing is slated for March 19. --- Image by © Underwood & Underwood/CORBIS 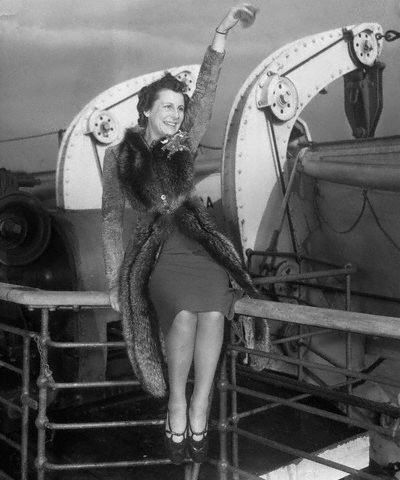 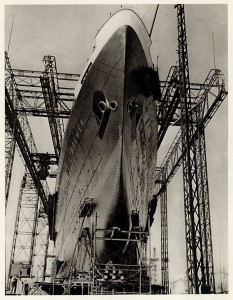 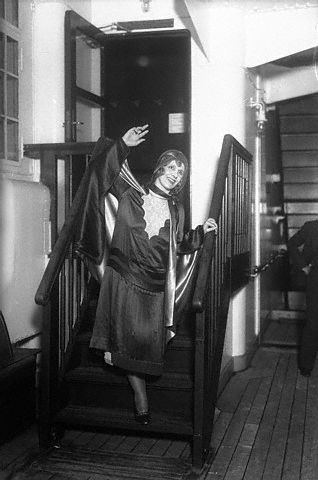 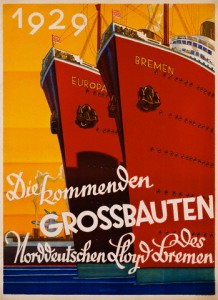 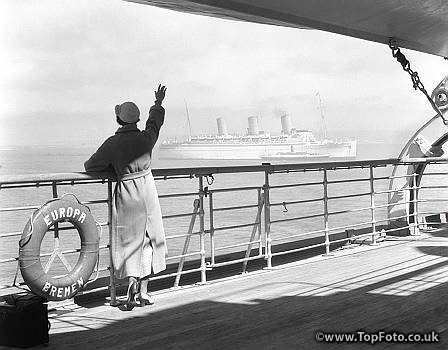 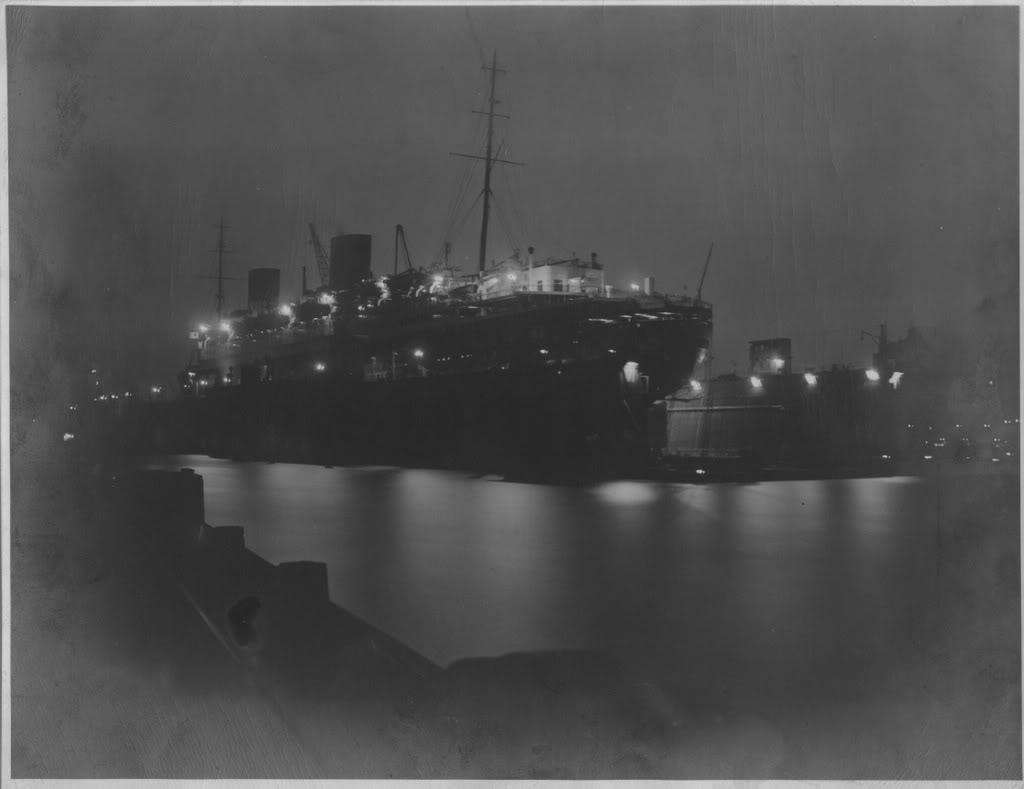 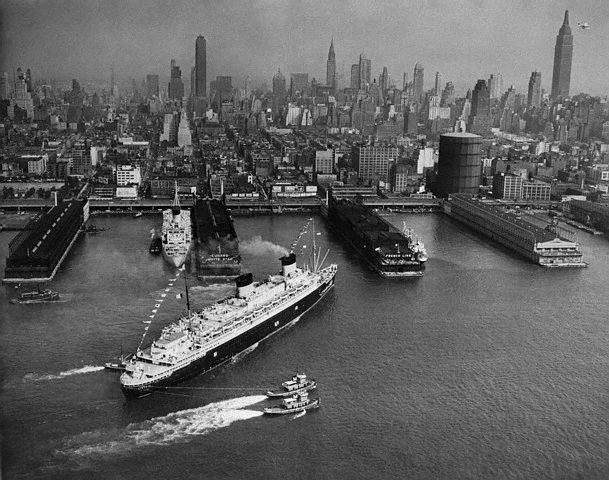 After the war she was turned over to the French as war reparations and France began to refit her for passenger service. In 1946 while being refitted, she broke free of her moorings during a storm and collided with the wreck of the Paris and sank. She was raised, and in 1950, made her maiden voyage under her new name, Liberté, to New York. 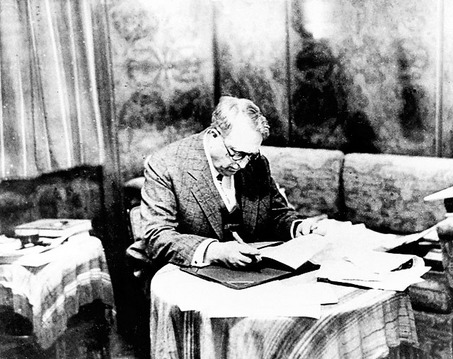 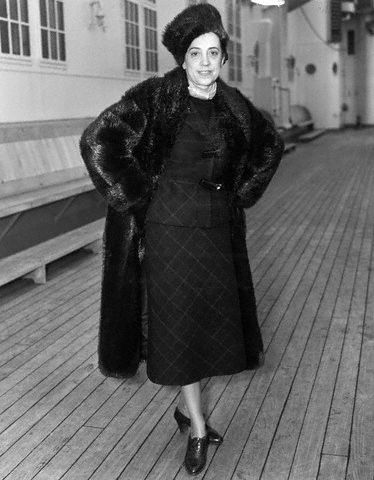 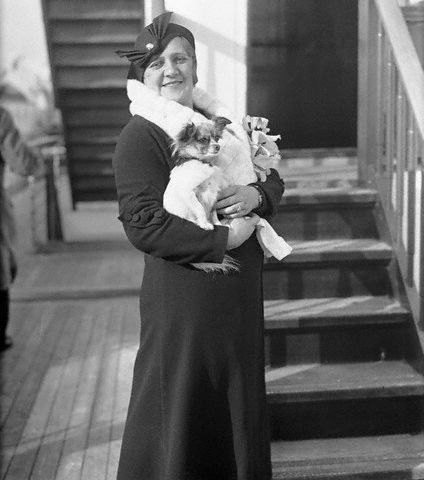 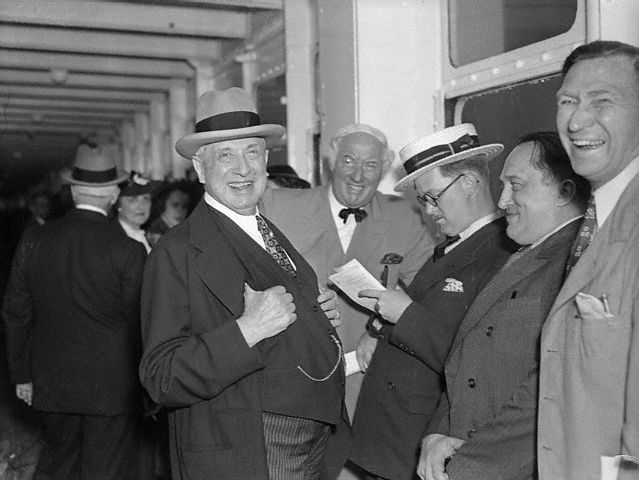