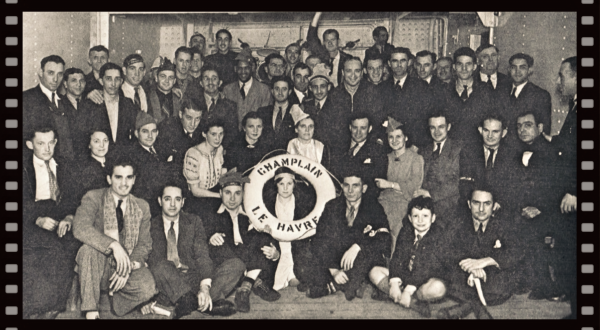 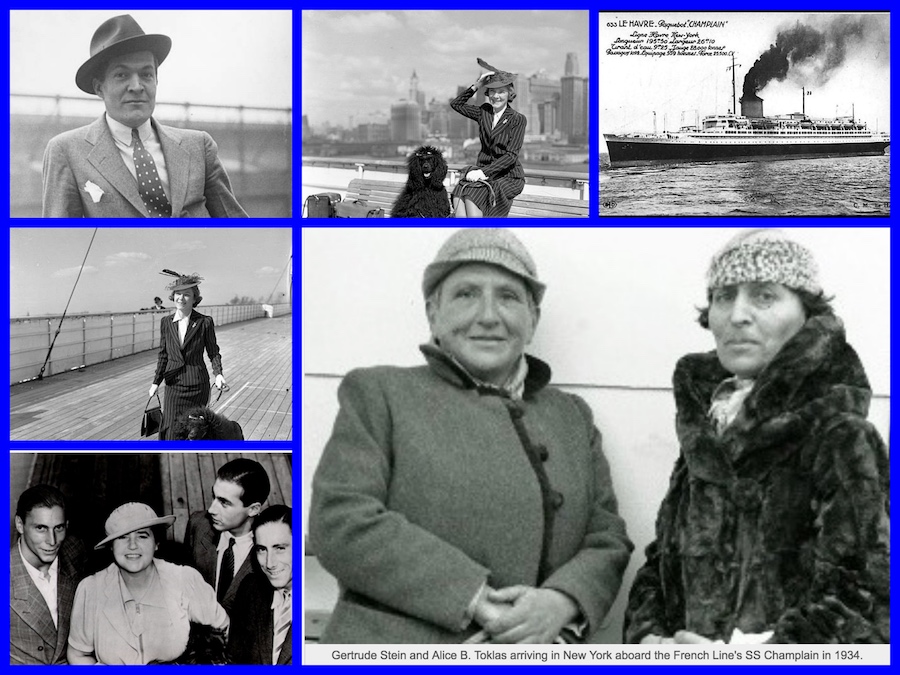 The SS Champlain was a cabin class ocean liner built in 1932 for the French Line by Chantiers et Ateliers de Saint-Nazaire, Penhoët. She was sunk by a mine off La Pallice, France, in 1940 — one of the earliest passenger ship losses of the Second World War. Although not as well remembered as her larger fleetmates, the Champlain was the first modern ocean liner and embodied many design features later incorporated into the French Line’s SS Normandie. At the outbreak of the Second World War, the Champlain was pressed into evacuee work, transporting refugees from Europe to the safety of North America. A few days later a German U-boat fired a torpedo into the hulk — possibly to finish her off, as much of the ship lay above water level. After World War 2, the DeGrasse re-established trans-Atlantic service from New York to Europe from 1947 until 1952. After the war had come to an end, De Grasse was raised and towed to Saint Nazaire to undergo repairs and an extensive rebuild. She returned to the Atlantic run in the summer of 1947 with the most noticeable change being the removal of one funnel. De Grasse was relocated on the Le Havre – West Indies route after the arrival of the French Line’s Flandre on the Atlantic run in 1952. At the time of Britain’s Queen Elizabeth 11 coronation ceremony in 1953, the Canadian Pacific Line was fully booked and had lost their liner Empress of Canada to fire. This led to the Canadian Pacific Line buying De Grasse to serve as a temporary replacement under the name Empress of Australia. By February 1956, she had again been sold, this time to the Italian shipping company Grimaldi-Siosa to be operated on the Naples – Caribbean migrant run under the name Venezuela. Second “single class” steamer of the company, entered in service in September 1911 on the line Le Havre-New York. An extended version of the CHICAGO steamer brought into service three years earlier. LAFAYETTE will have a very short career. First large engine steamer of the Company, very modern of style, she is brought into service on the line the Le Havre-New York in May 1930. Carries out cruisings regularly. Her voyages to Spitzberg inspired the novelist Roger Vercel. Is completely destroyed by a fire in May 1938, while she was in the great dry dock of Le Havre. Demolished in Rotterdam.