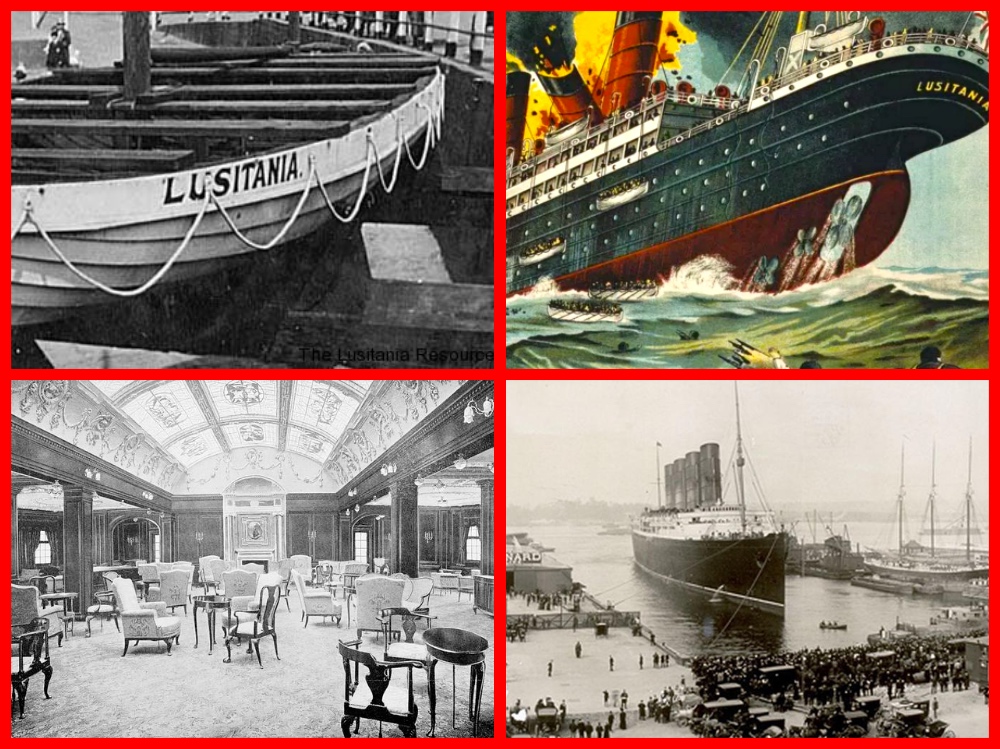 Newspaper notices to avoid sailing on the RMS Lusitania. 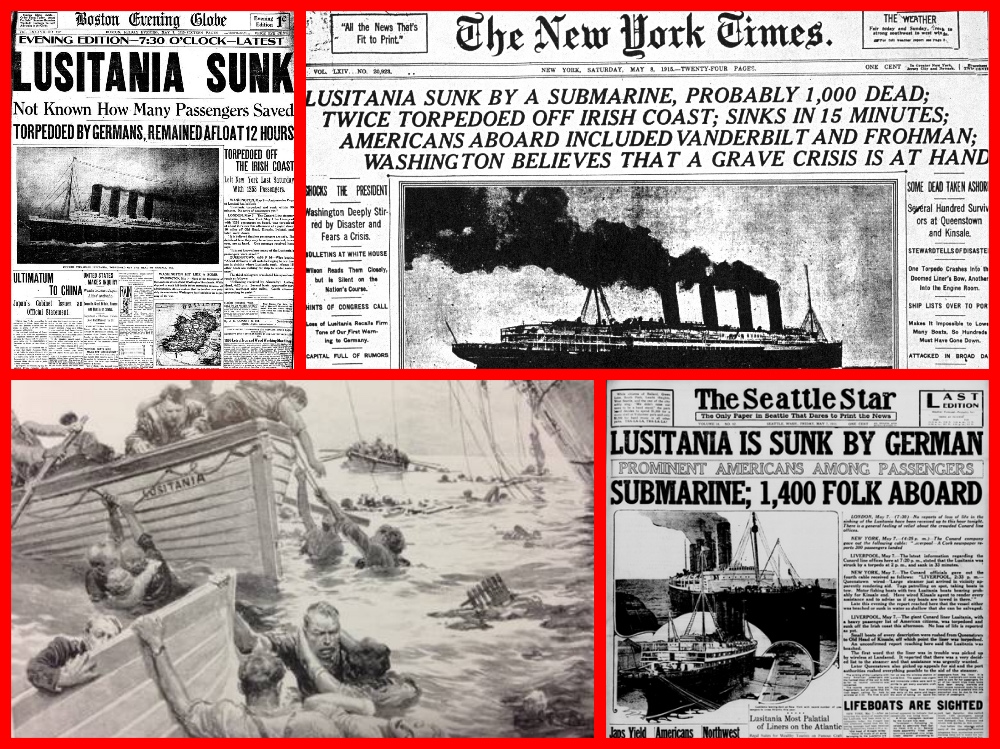 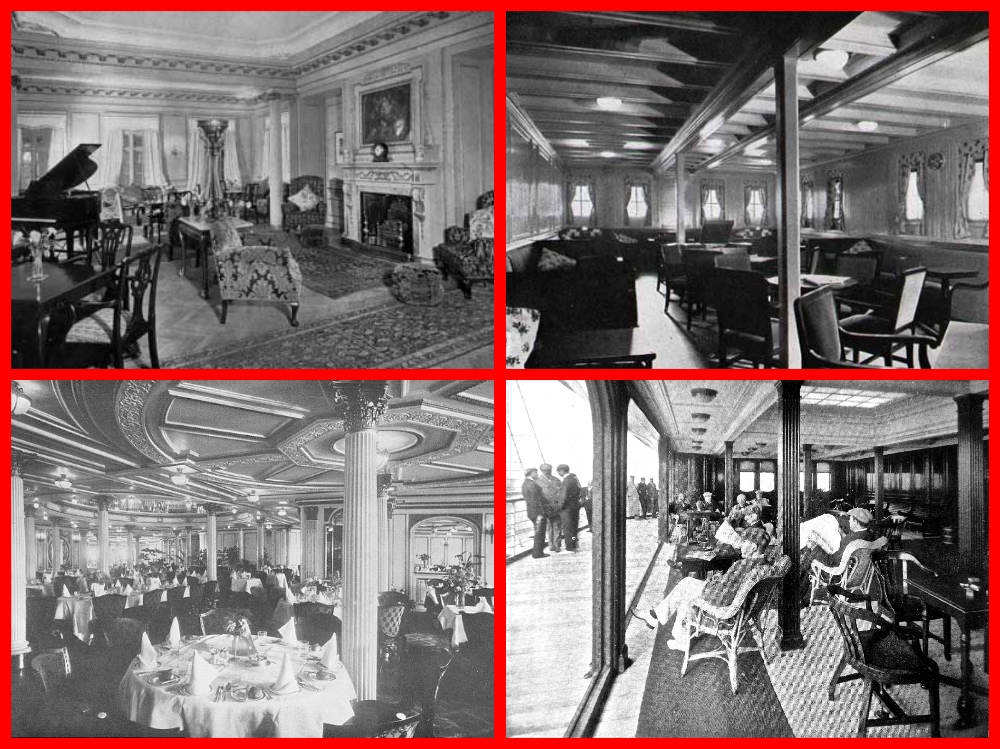 Last year, for the centenary, a huge commemoration ceremony took place in honor of the ship and its victims in Kinsale, Co. Cork. 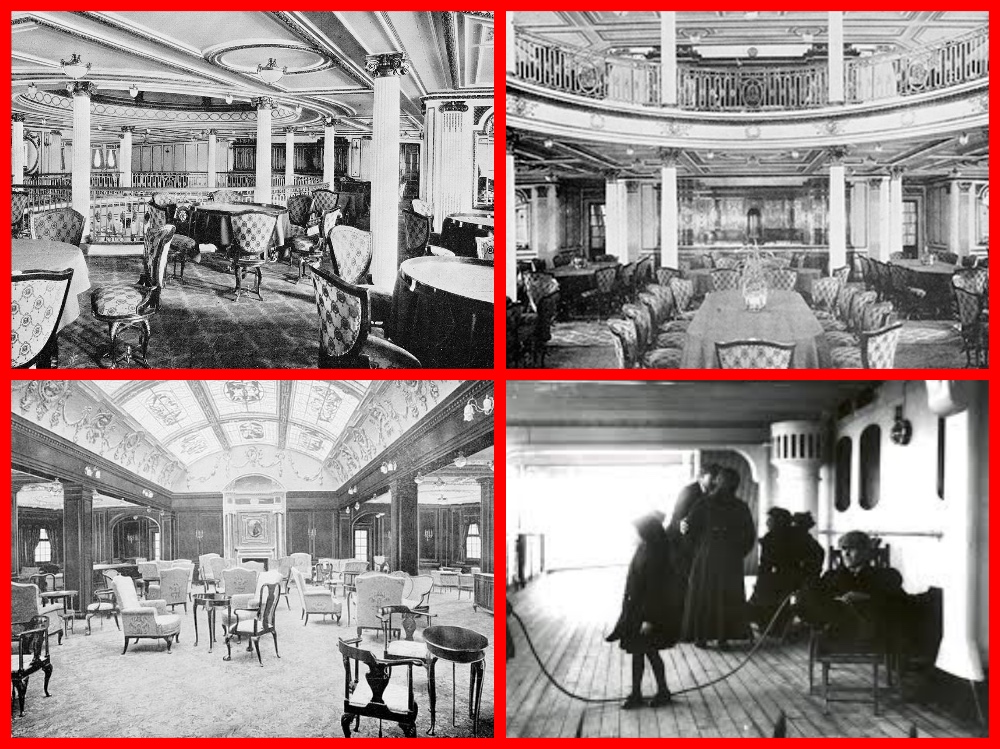 The Lusitania was torpedoed just a few miles from the shore of County Cork, Ireland, where it looms large in the local culture. This memorial in County Cork commemorates the sinking.
Photo: Richard Cummins—Corbis / Fortune

One hundred and twenty-eight of the 139 Americans on board the Lusitania were killed, including writer Elbert Hubbard and businessman Alfred Vanderbilt, despite the hopes of the latter’s wife reported in a story on the page. The U.S. government began debating a declaration of war against Germany, but President Woodrow Wilson wouldn’t force the issue despite public opinion beginning to shift.

Some historians believe that the second explosion, which caused the Lusitania’s rapid descent, was catalyzed not by a faulty boiler as some lab test has suggested, but by munitions being secretly ferried from the then-neutral United States to England. In this camp falls Gregg Bemis, an American venture capitalist who owns the salvage rights to the ship.

In the early 1980s, however, the new maritime law extended national jurisdiction to 12 nautical miles off-coast, making the Lusitania just within Ireland’s domain. Bemis preparing to descend to the wreck in June 2004. Courtesy of Gregg Bemis / Fortune Officers, staff, and crew aboard the ship.

The Lusitania was torpedoed just a few miles from the shore of County Cork, Ireland, where it looms large in the local culture. This memorial in County Cork commemorates the sinking. (Richard Cummins—Corbis / Fortune)