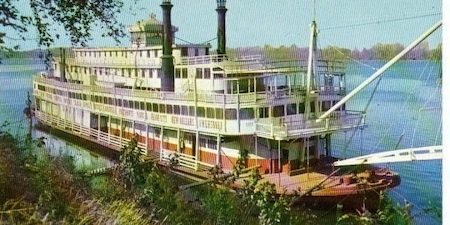 The Steamboat Gordon C. Greene cruised round-trip from Cincinnati to New Orleans on the Ohio and Mississippi with over a hundred passengers on a 21-Day river journey via Cairo, Paducah, Evansville, Memphis, Baton Rouge. When times were much different. 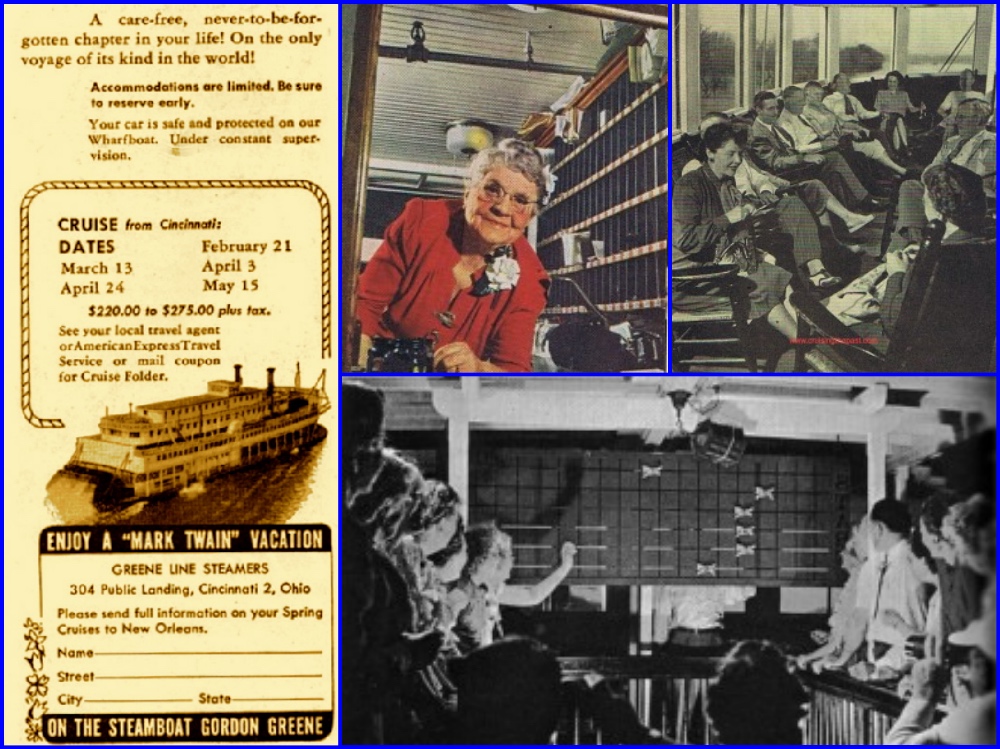 The speed of the boat – was about that of the average of “Low Pressure” boats of Mark Twain’s time. The “Low Pressure” signs on the wheel housing of the Gordon C. Greene guaranteed that the steam would be kept well within the safety limits. 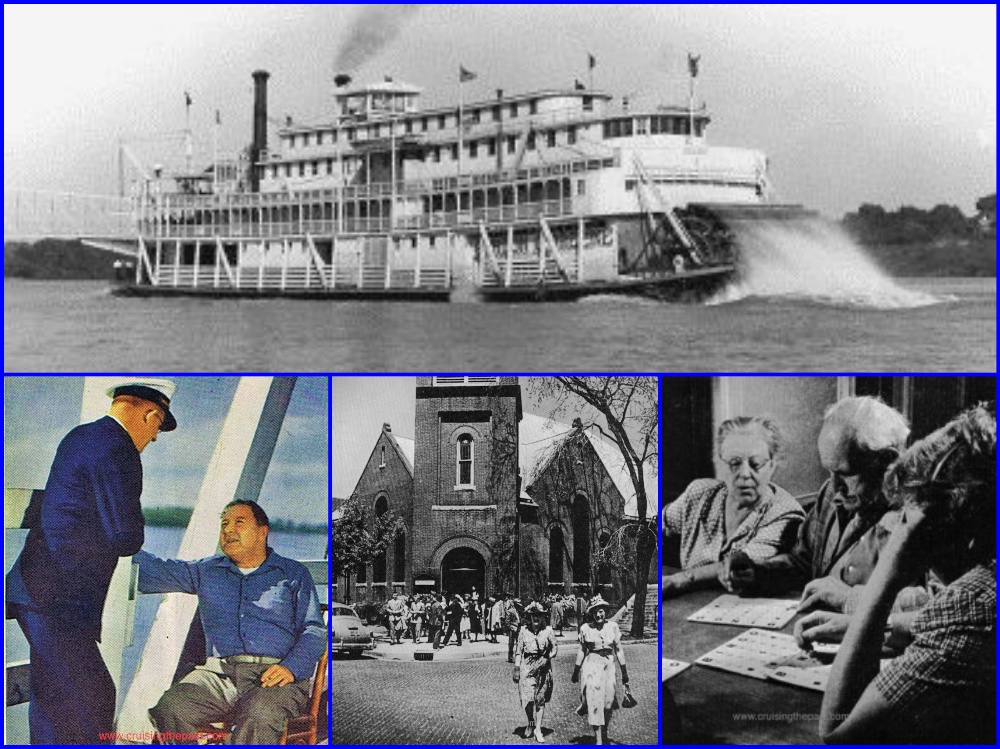 The Gordon C. Greene was built as “Cape Girardeau” at the Howard Shipyard in Jeffersonville, Indiana, in 1923 for the Eagle Packet Company of Saint Louis. Captain William H. Leyhe hired Thomas Dunbar, an eminent riverboat architect, to design and supervise her construction. 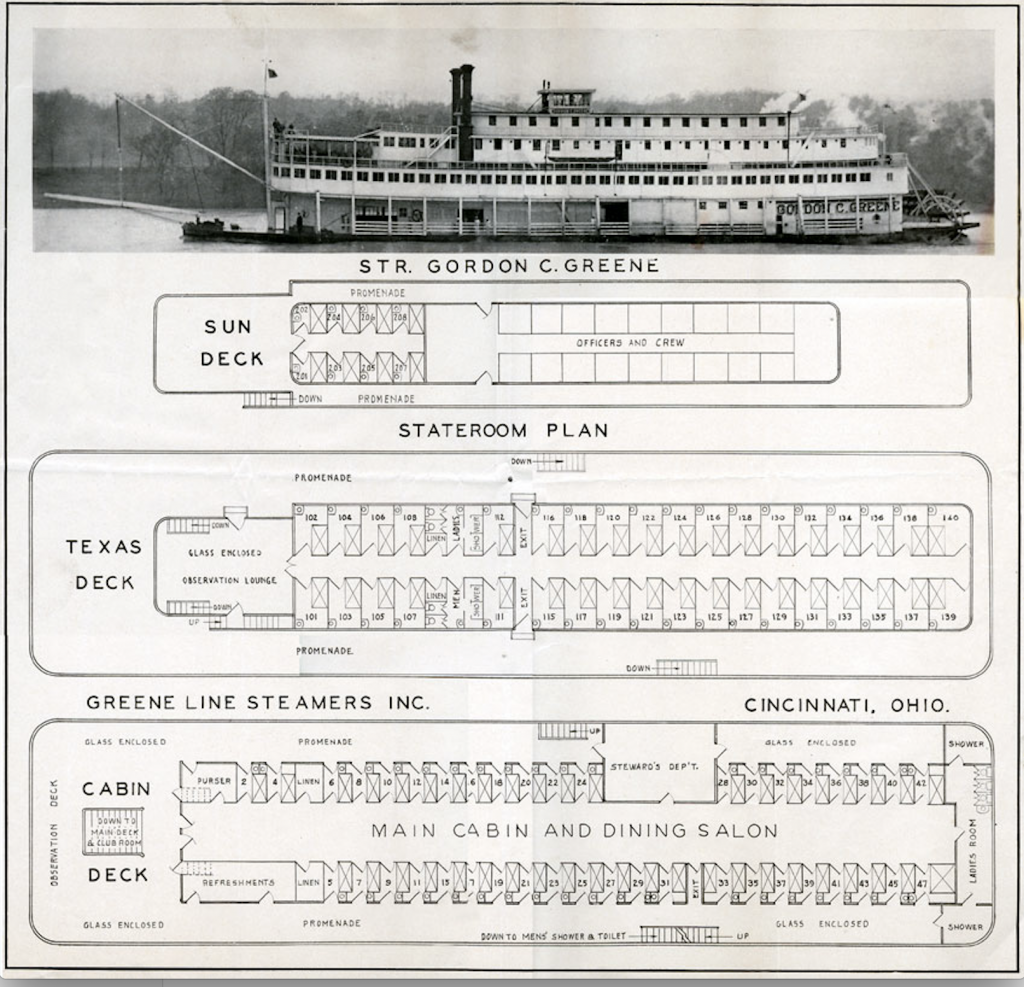 Like many other steamboats, she was like a bride in that she wore ‘something old, something new, something borrowed and something blue’ when she came out.

She made history before she even touched the water. 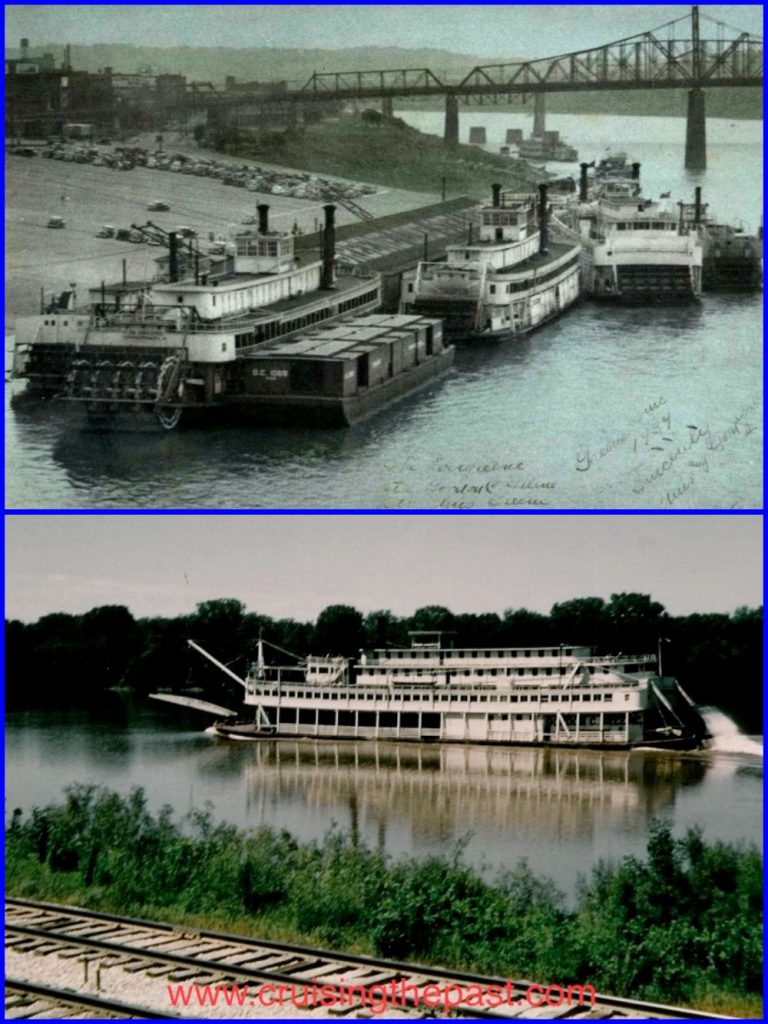 When Ed J. Howard died he left the operation of the shipyard in the hands of his two sons, Clyde and James E. Howard.

She served the Eagle Packet Company in their various trades, including Mardi Gras trips from 1925 to 1930, getting a taste of the work in which she was to gain undying fame. 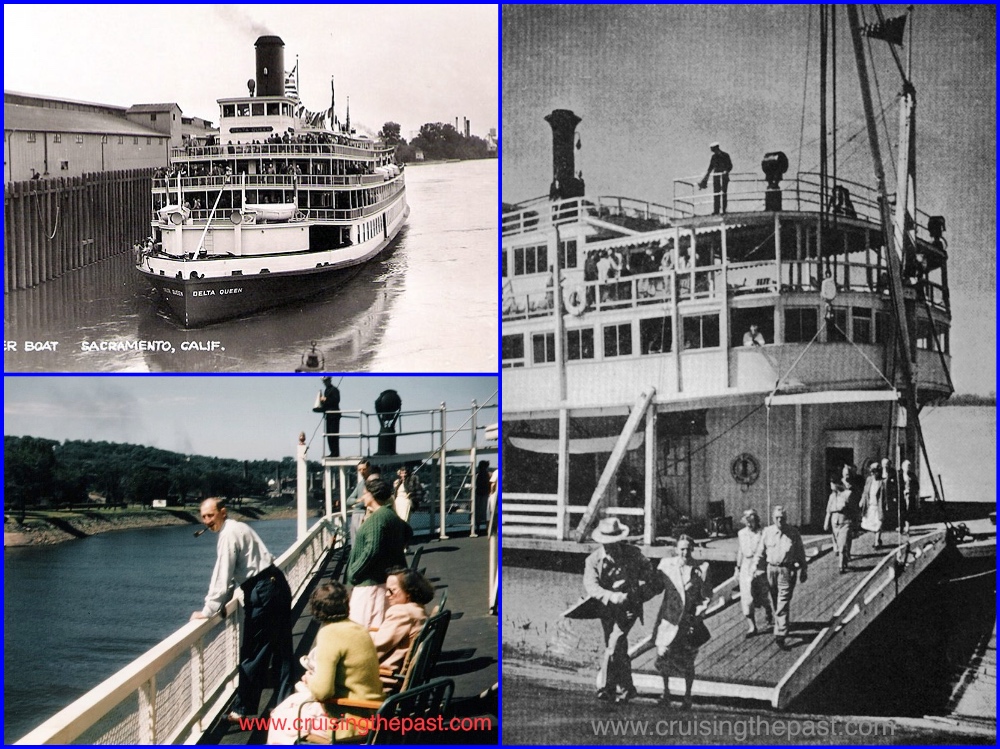 By 1935 the pinch of the Depression was so severe that the Eagle Packet Company was forced to do some drastic retrenchment, as they could no longer operate two boats (they also owned the much loved Golden Eagle), but over on the Ohio business was improving.

Captain Tom Greene had an idea that he could make money with a tourist boat, so he started looking around for a suitable vessel. The Eagle Packet Company proffered the Golden Eagle, but he wanted no part of a wood-hulled boat. As those were desperate times they sold their fine steel-hulled steamer to the Greene Line for $50.000. 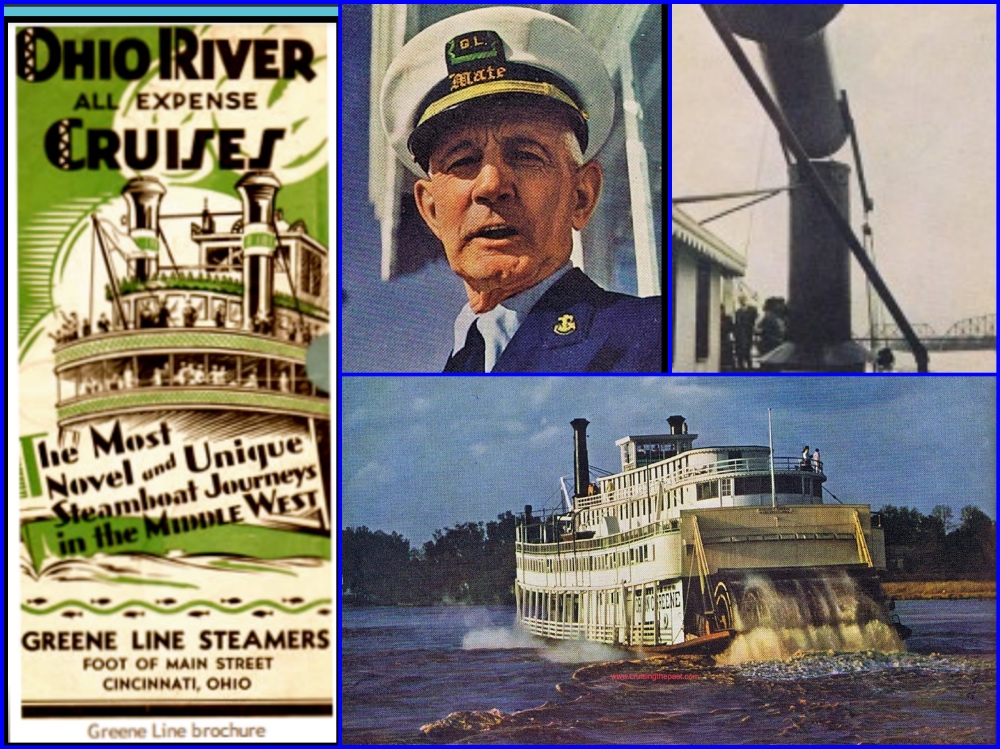 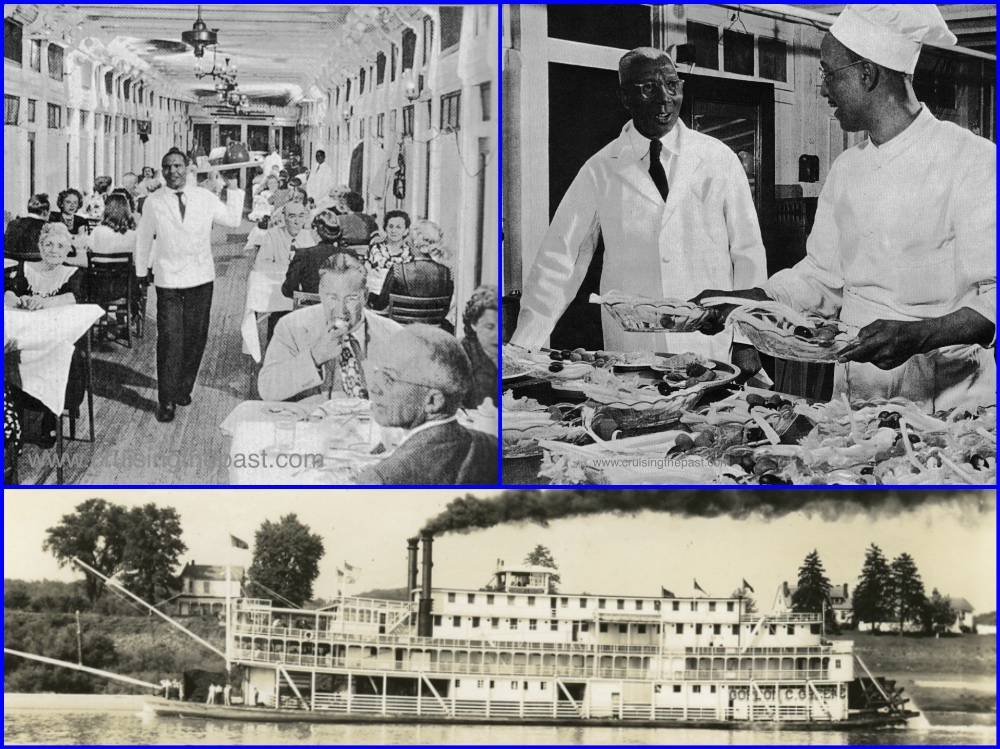 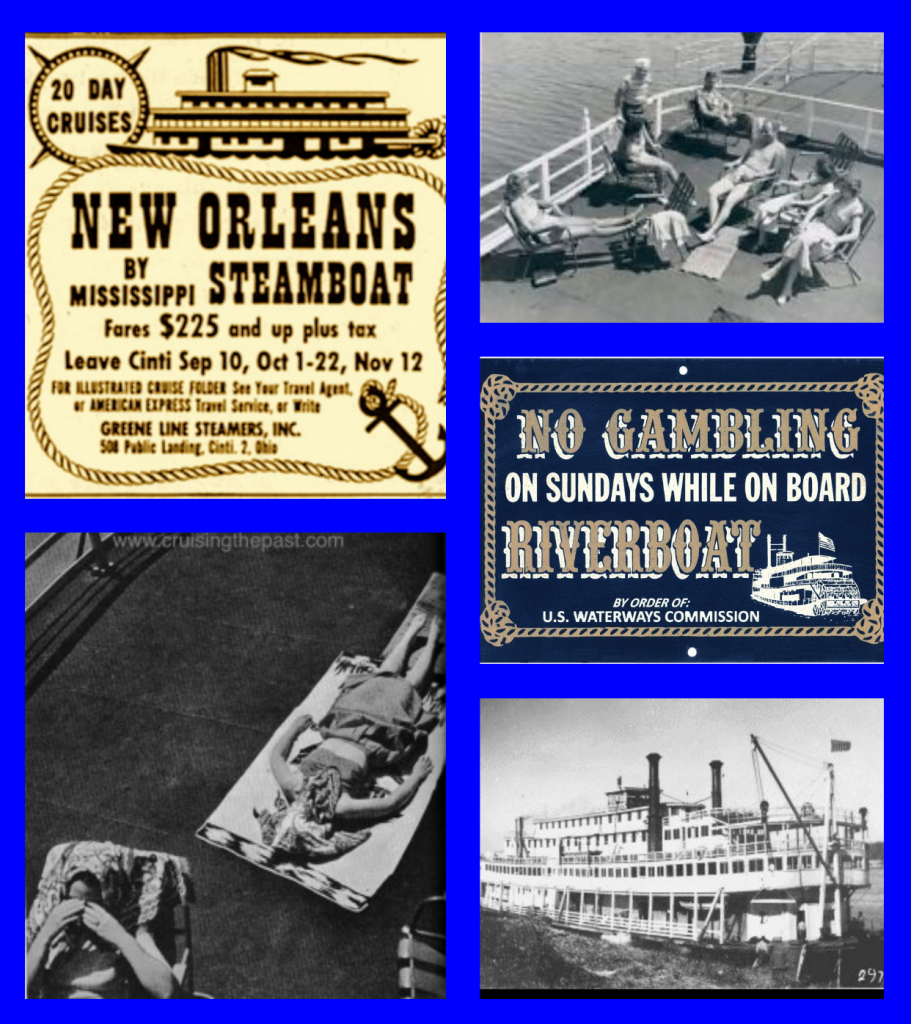 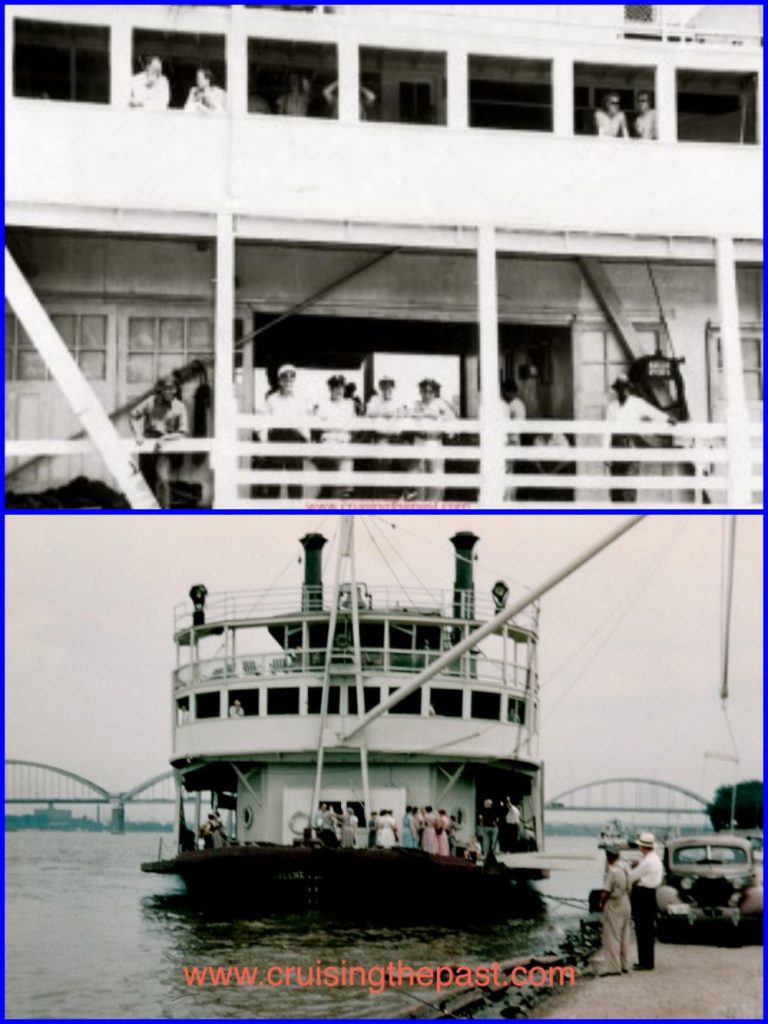 A peculiar manifestation of our time was expressed by nearly everyone who’ rode her: “The first day on that boat I thought I’d go crazy! There was absolutely nothing to do. But after the second day, I found myself enjoying, for the first time in my adult life, the luxury of doing nothing.”

Entertainment on board was homespun, of the audience participation type, such as bingo, square dancing, and amateur acts by members of the crew. After seven to twenty-one days of this, each passenger felt like a member of the Greene Family. 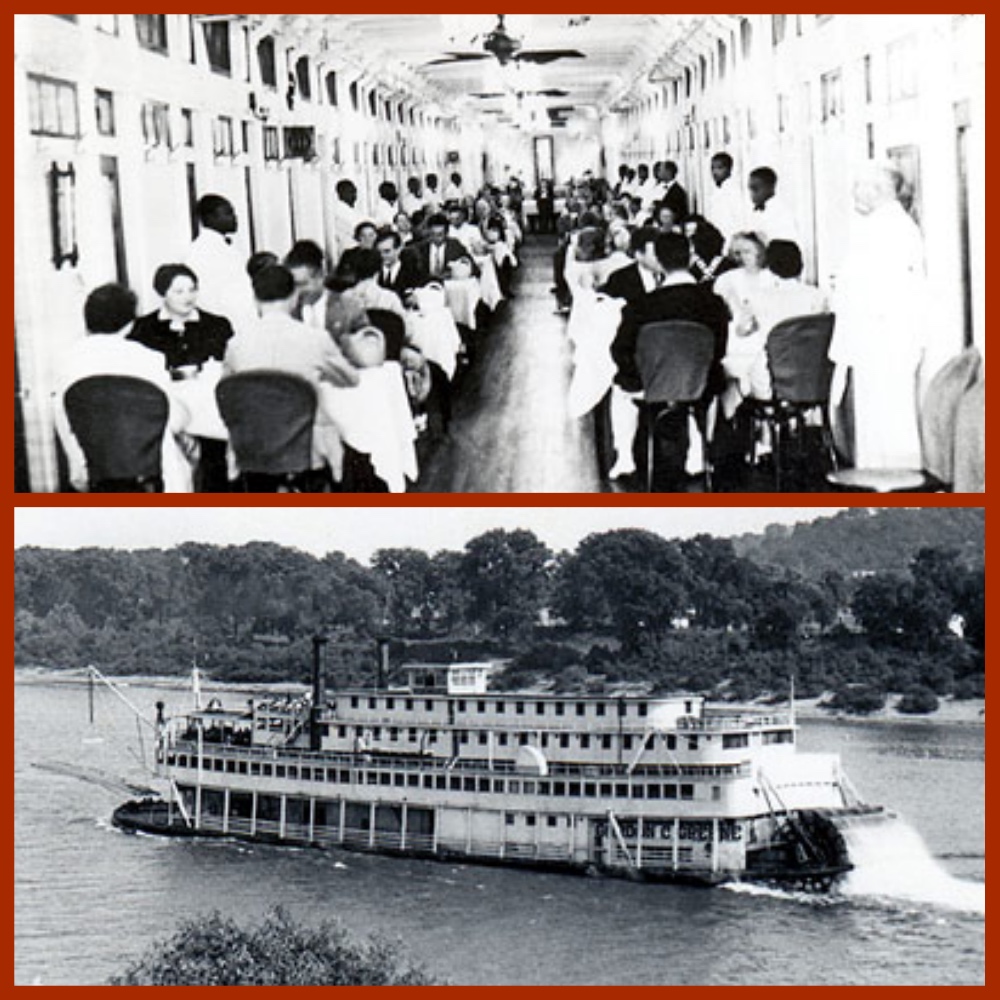 She appeared in the famous movies “Steamboat around the Bend”, “Gone with the Wind” and “The Kentuckian”. 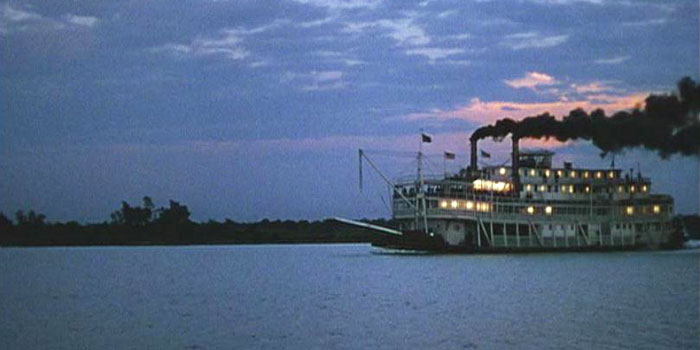 Gordon C. Greene in “Gone With The Wind”

In 1946 Captain Tom Greene had an idea, and with him, an idea was practically a reality. 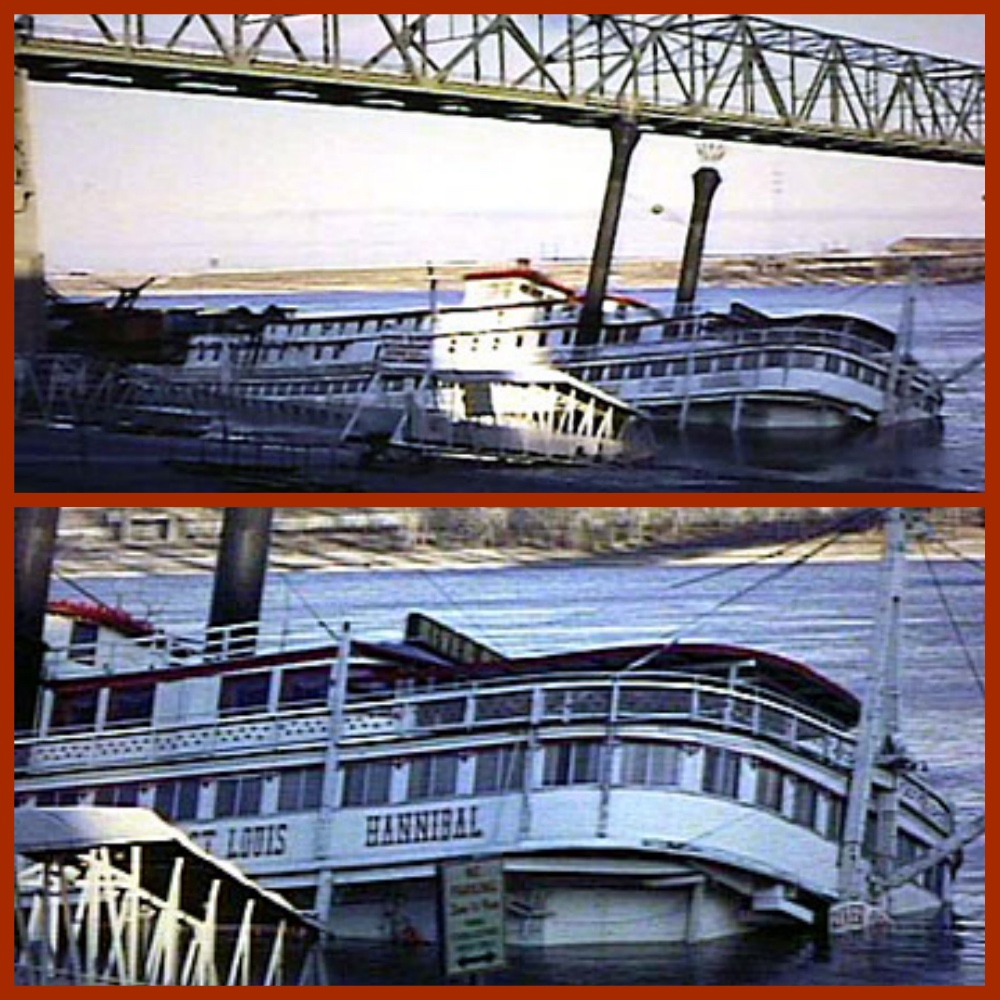