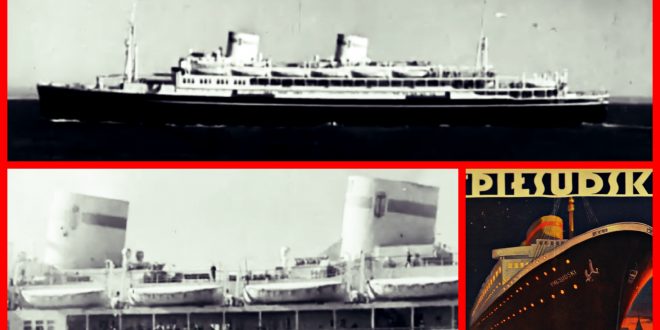 Poland’s Gdynia America Line (GAL), two 14,000-tons passenger ships, the BATORY, and PILSUDSKI were the pride of the fleet. 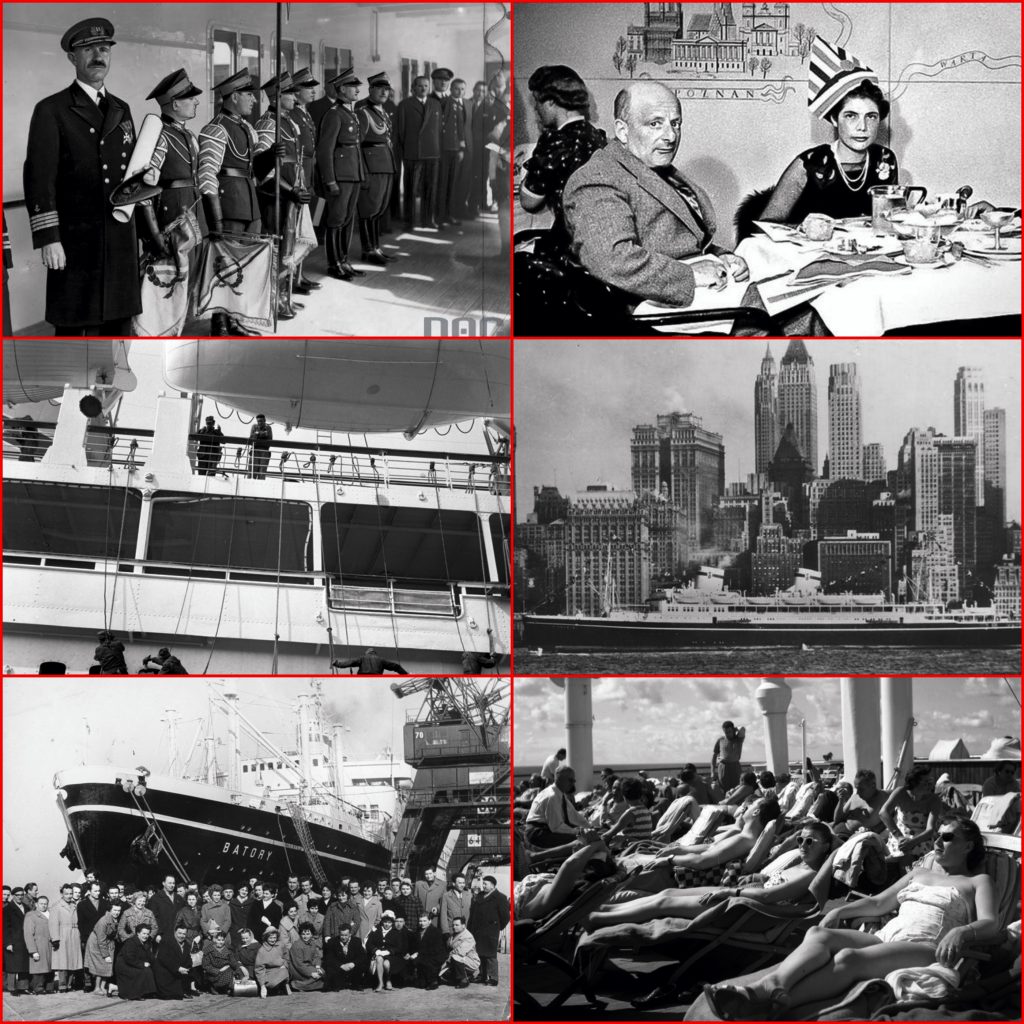 They began their trans-Atlantic run from Europe to America in the mid-1930s. Built-in Cantieri Riuniti del’ Adriatico Shipyard, Triest-Monfalcone (Italy), the twin liners were 526 feet (160,3 m) long and could make 18 knots. 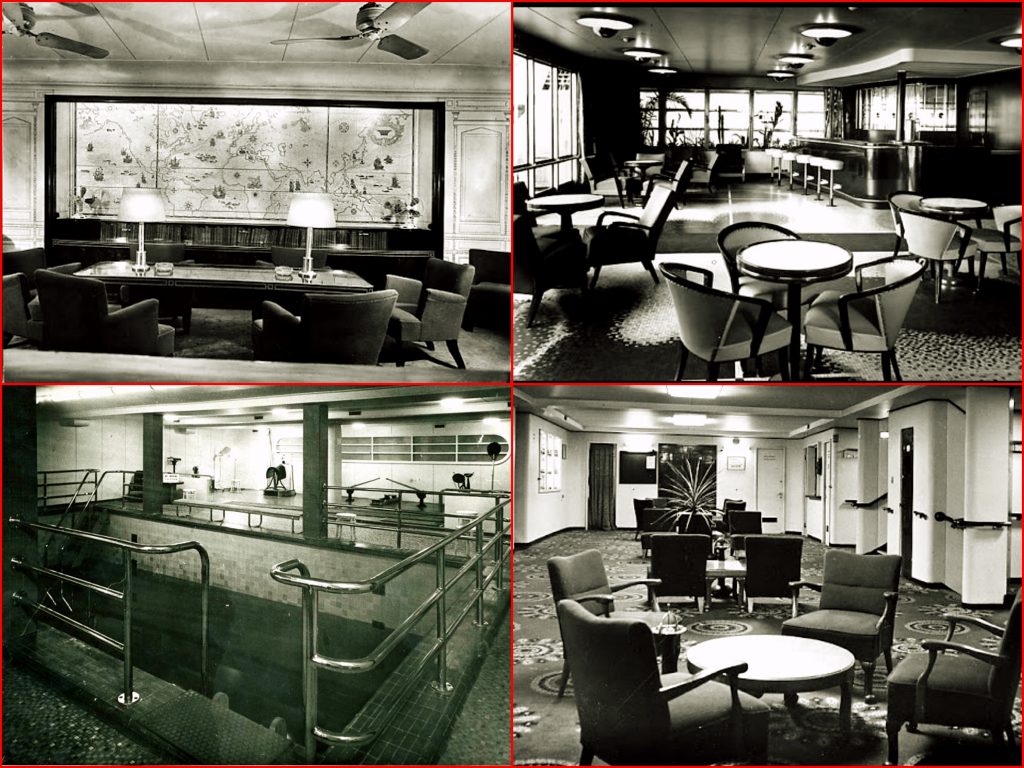 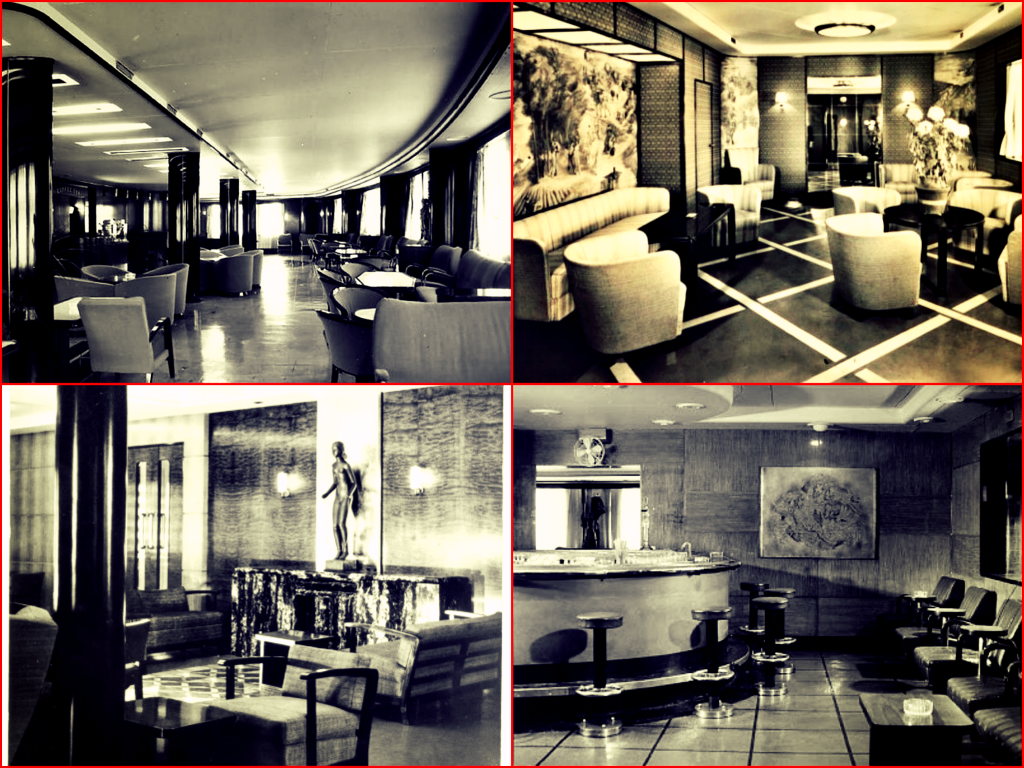 The new ships had materials and equipment that came from not less than a dozen countries. Affectionately they were dubbed the “International Ships.” 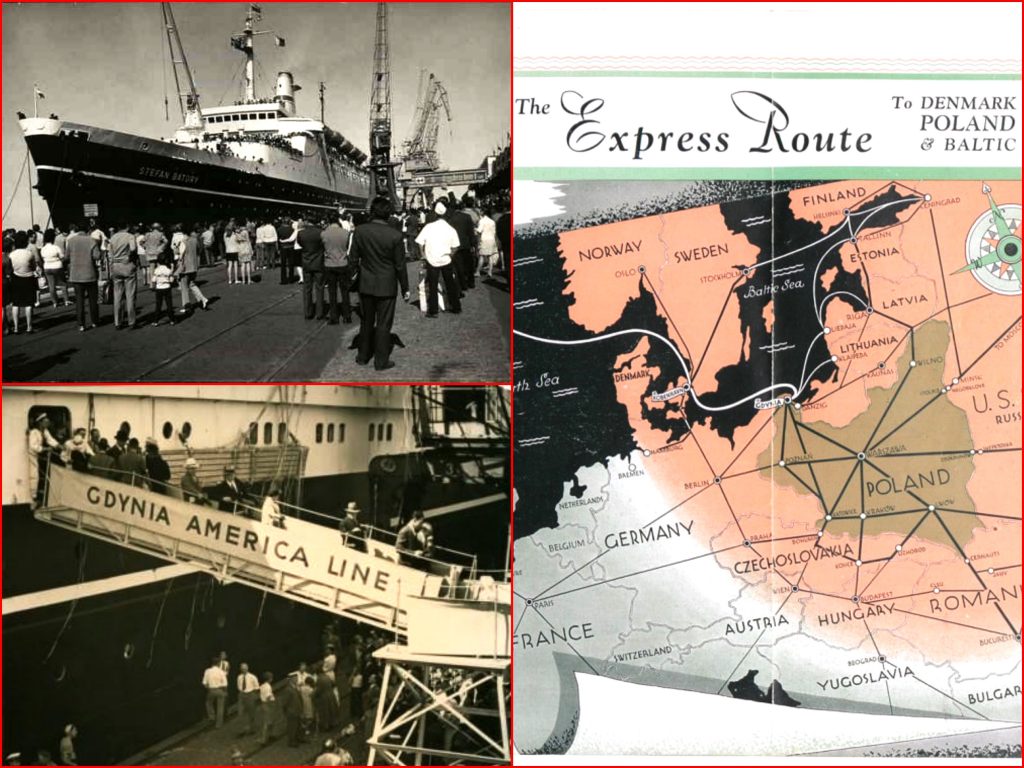 The furnishing and interior decorations for the two liner’s interiors were designed and produced by Polish architects and artists. 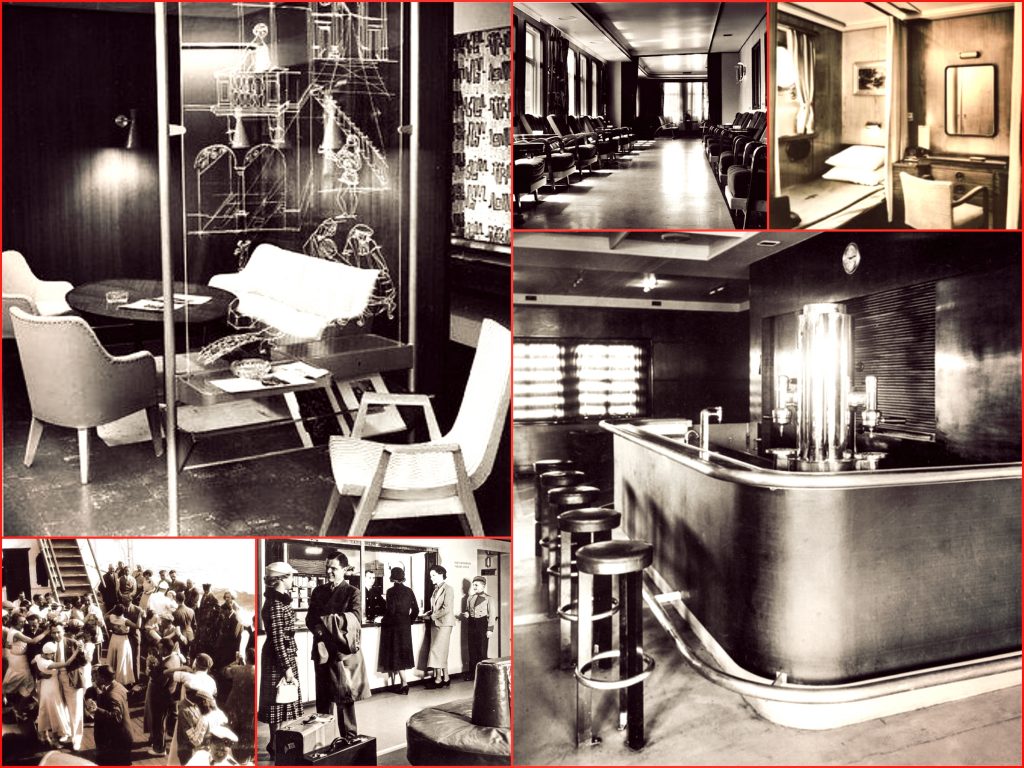 They emphasized the Polish character of the vessels, which were to act as links between the Polish immigrants in America and their native country. 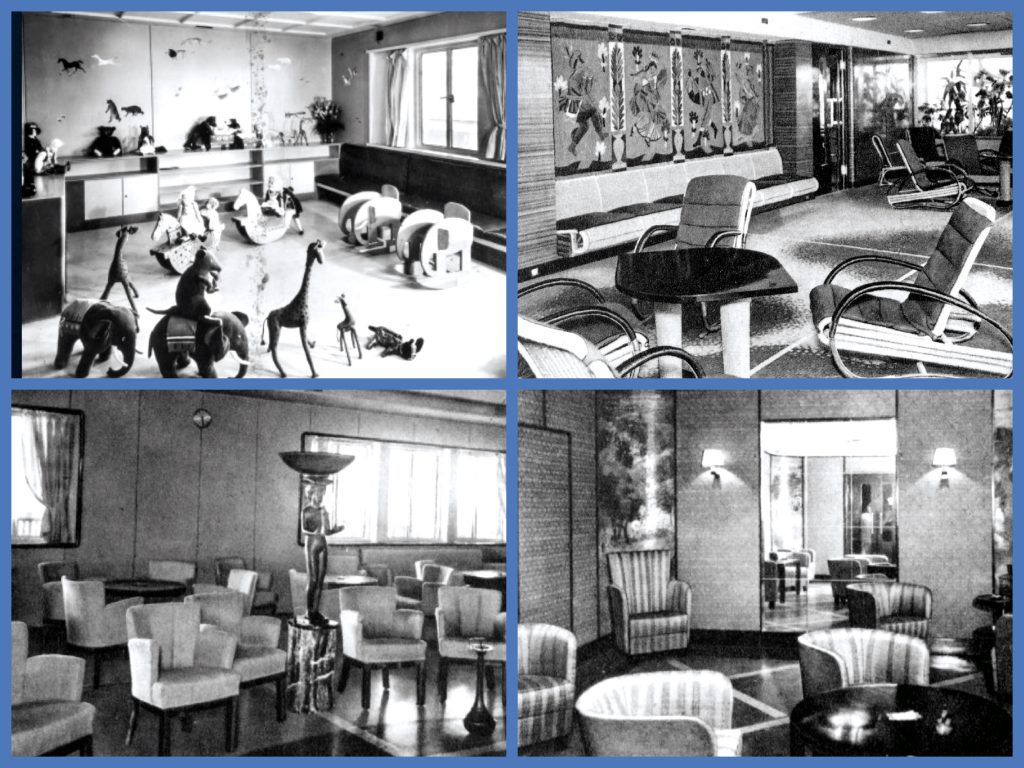 The ship’s interiors had a light, modern elegance, and were decorated with pieces by Jan Cybis – intriguing female figures carved into the silver mass alongside a 16th-century portrait of Stefan Batory. Refined down to the smallest detail with works by Zofia Stryjenska, aerial photographs show that it was decorated with Polish monuments. The ships were called floating art showrooms. 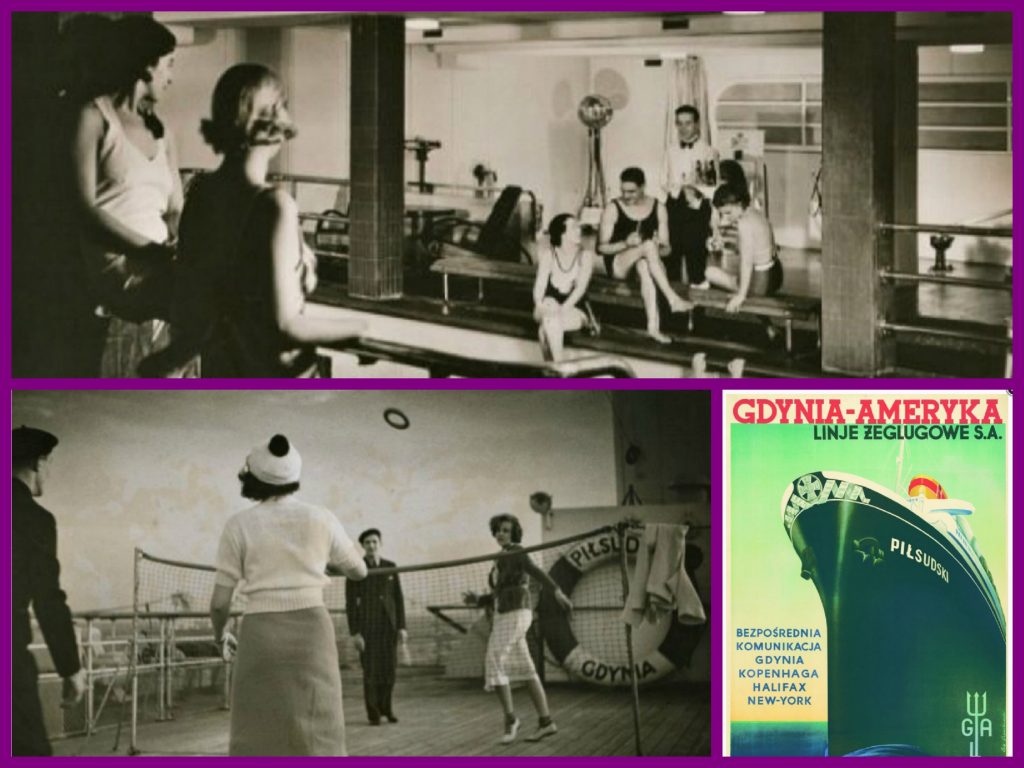 The PILSUDSKI sailed for her first transatlantic voyage, Gdynia-New York, under the command of legendary captain Mamert Stankiewicz (“You mean the Captain” book) on Sep 15/ 1935. The trip was smooth, the weather was great, and the welcome in New York was enthusiastic. New York’s port-pilots admitted that even the M/S Normandie, which came to New York for the first time, a couple of months earlier, didn’t have such a wonderful welcome. The sister ship BATORY began sailing in 1936.

Each round trip, Gdynia-New York-Gdynia took about three and a half weeks. During the whole of the pre-war period, each year, there were about ten round trips, with additional cruises to the Norwegian fiords in summer and Caribbean during the Christmas, New Year time. There was always an almost full complement of passengers on both ships.

Both the BATORY and PILSUDSKI gained popularity amongst foreign passengers, thanks to the efforts of the officers and crew, management, service, and excellent Polish cuisine. The British often called BATORY, the little QUEEN ELIZABETH, because of some similarity of the silhouette.

When WW II broke out, and Poland fell to the Germans in September 1939, the M/S PILSUDSKI and M/S BATORY with Polish crews were recruited by the British for military use. Two months later, PILSUDSKI was destroyed by German mines. M/S BATORY survived the war years (1939-45), is known as a “Lucky Ship” due to her wartime successes.