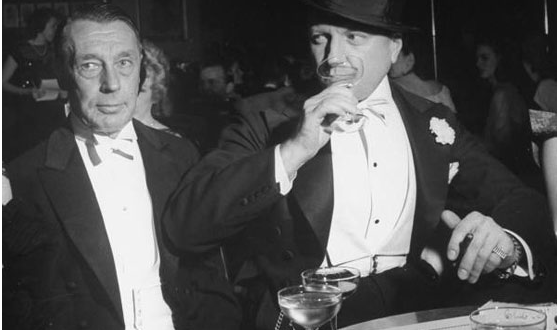 From the 1930s until his death in 1966, Lucius Beebe was the image of celebrity. An author, journalist, historian, raconteur, gourmet and bon vivant extraordinary – this extraordinary personality was one of the first gay men to have a publicly open relationship.

Columnist Walter Winchell called him “Luscious Lucius.” Beebe is perhaps best known for having coined the term “Cafe Society,” a group of which he was undoubtedly a member. A columnist for the New York Herald-Tribune in the ’30s and ’40s, he was elegantly turned out and very decadent for a journalist. More than 1.5 million New Yorkers read him every morning.

Click here and go to New York Social Diary to read the rest of the story.